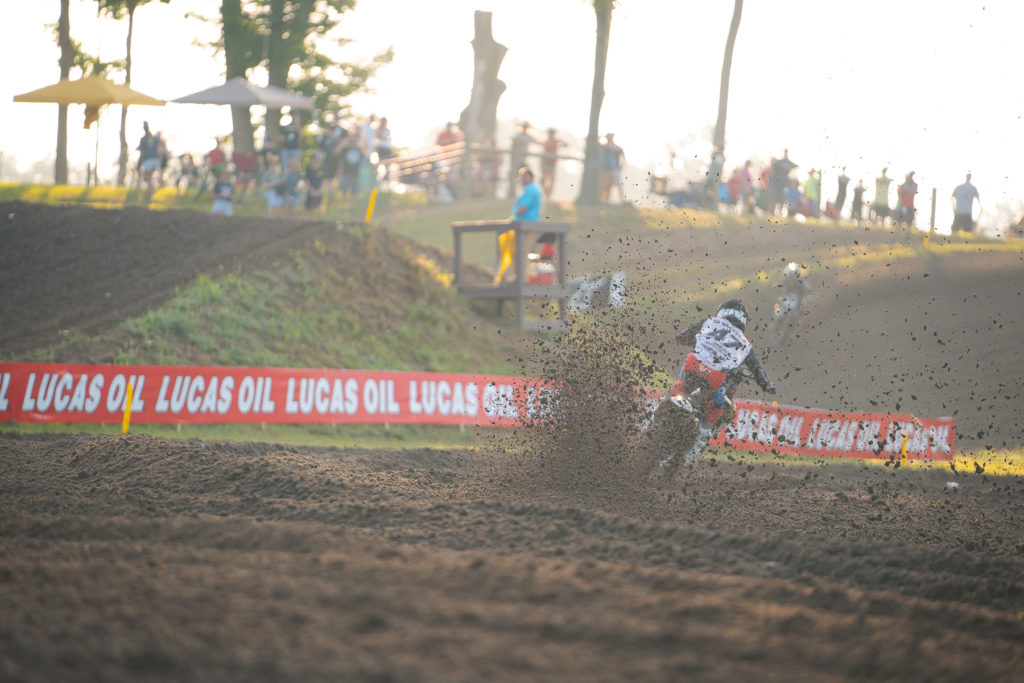 A wild practice crash by Jalek Swoll at the 2021 Ironman Motocross resulted in a dislocated shoulder for the Rockstar Energy Husqvarna Factory Racing rider, an injury that will sideline him for the final rounds of the 2021 Lucas Oil Pro Motocross Championship. The crash happened during the first Timed Qualifying session over the large infield tabletop; Swoll was unable to bring the bike back around after a whip gone wrong, slipped off the FC 250, fell from a considerable height, and popped his arm out of place.

Swoll tried to ride in the second Timed Qualifying session, only to have his shoulder come out again, and he pulled out of the race after the sighting lap for 250 Moto One proved to be too painful.

The Husqvarna post-race press release included a quote from Swoll, which said, “I was feeling really good and on the last lap, I had the bike sideways over one of the big triples and on the way down there was this weird freak incident and my feet came off the pegs and I just slid through the whole bike. I was trying to grab with my legs but it didn’t happen and I came down on the landing and had a big one.”  Swoll also stated that he will have a full check-up this week, but that the decision to forgo the last two rounds has already been made. “I tried to go out there for the first moto but it wasn’t worth the risk/reward for the day. We’re going to get it evaluated on Monday – I’m going to take my health seriously now and hopefully come back strong next year.”

Although Swoll’s season is over, it’s can still be considered a success, thanks to a surprise overall win at the 2021 High Point Motocross and a contract extension with Husqvarna’s factory racing team in the 250 Class. He is currently ranked eighth overall in the championship point standings.