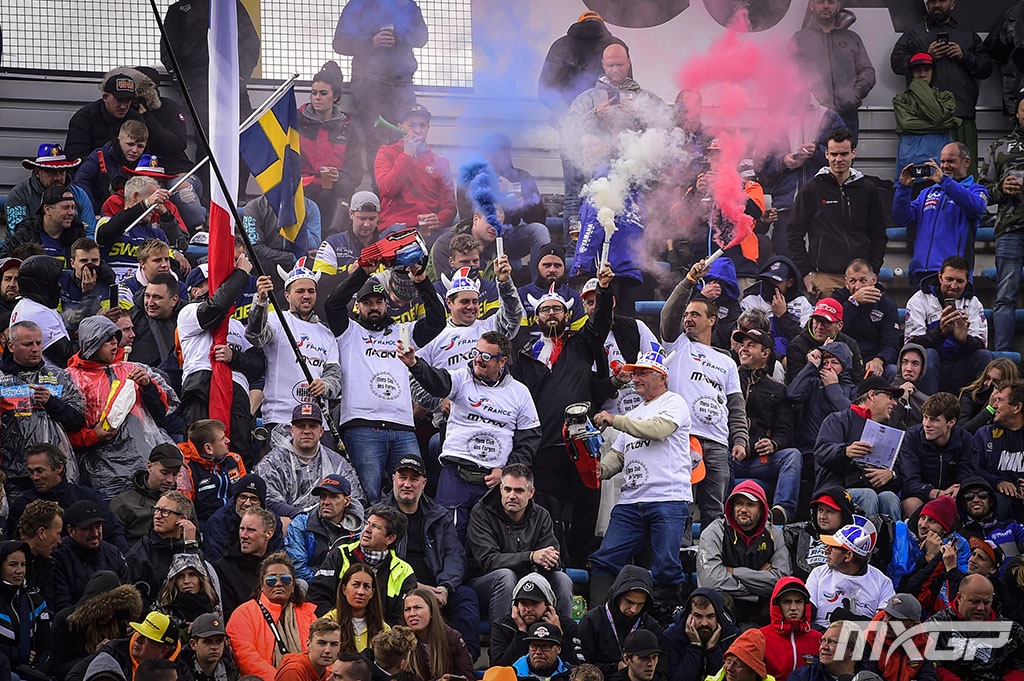 InFront Moto Racing’s intentions for the 2021 Motocross of Nations were included as part of the 2021 Monster Energy FIM Motocross World Championship provisional schedule announcement and the international event is slated to take place at a specially built course on Italy’s Imola road racing circuit on September 25-26.

Although late September is the usual time of year for the MXON, InFront Moto Racing’s decision to run the MXGP series from April and through November means it will actually run in the middle of the world championship; the series organizers cited the late start date as necessary for teams to “carry out the testing and preparations that are needed for another intense season of racing” and this sort of overlap will be necessary.

This is welcome news for fans of the iconic race, which was canceled in 2020 due to complications from the COVID-19 crisis. Originally slated to run in Ernee, France, the series promoters maintained hope that the massive race would still be able to run as planned, despite the repeated changes in the 2020 schedule. It was ultimately scrapped after an increase in restrictions on international travel and crowd sizes, plus a withdraw in participation by key teams. Fortunately, many countries have already expressed their desires to return to the Motocross of Nations when the opportunity arises.

Imola is an interesting venue pick for the MXON, considering the other tracks that are in Italy and that the on again-off again Maggiora project was also rumored to hold the event in 2021. The facility, located 40 kilometers from metropolis Bologna and named Autodromo Internazionale Enzo e Dino Ferrari, is celebrated in automotive road racing circles both for the good and bad moments that have happened there (numerous F1 Grand Prix events, the tragic deaths of Roland Ratzenberger and Aryton Senna in 1994).

But this is very much in line with InFront Moto Racing’s plan to bring motocross to the masses, and just like the 2019 race at the Assen TT Circuit in the Netherlands, the event organizers hope the “stadium-style” environment will offer more to the spectators than a rural hillside.

Check out photos of the track and Gautier Paulin’s GoPro footage from the 2019 MXGP of Italy to get a better idea of the hard-packed, man-made layout… 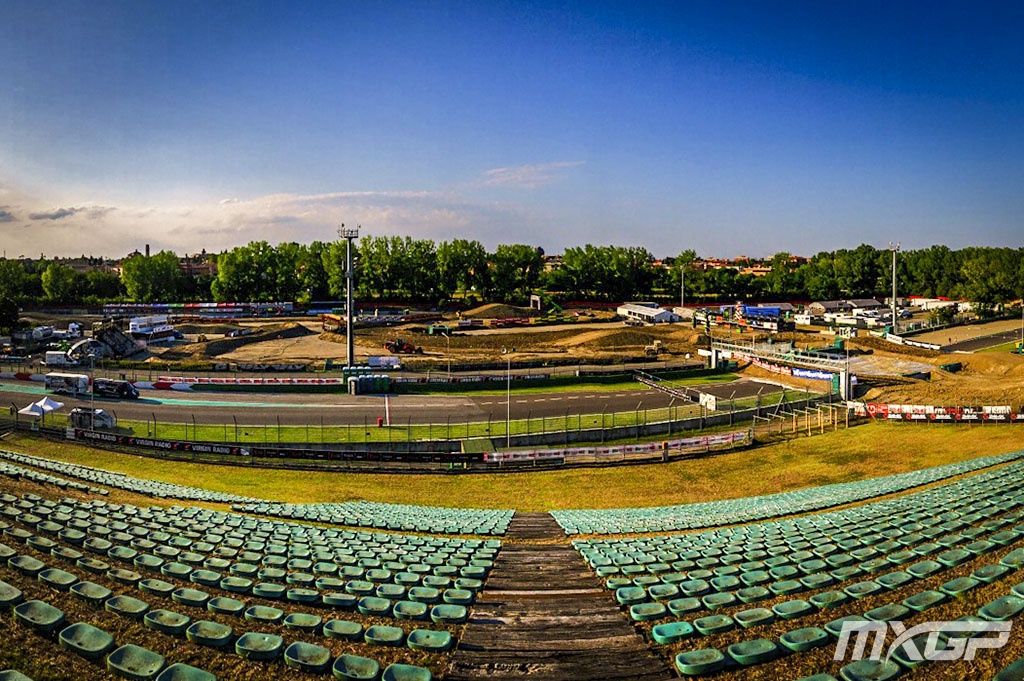 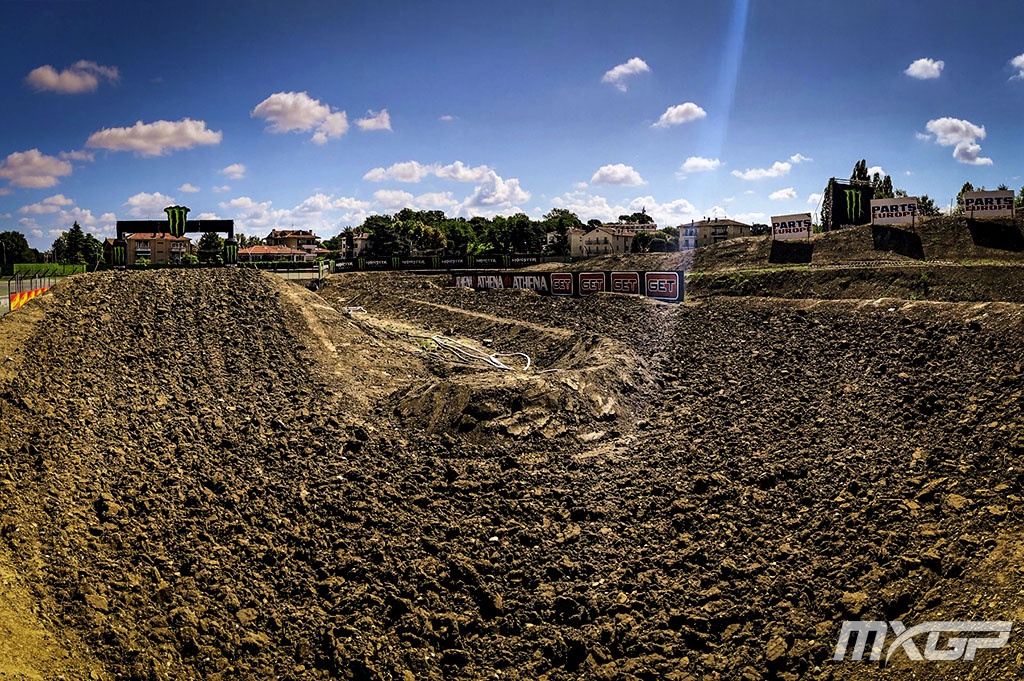 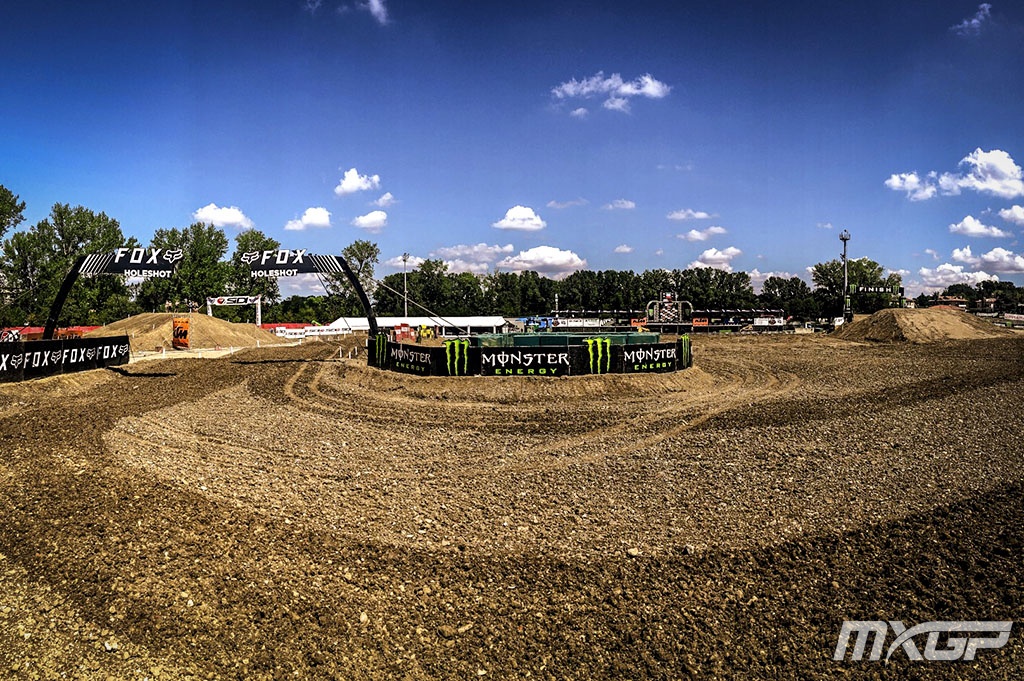 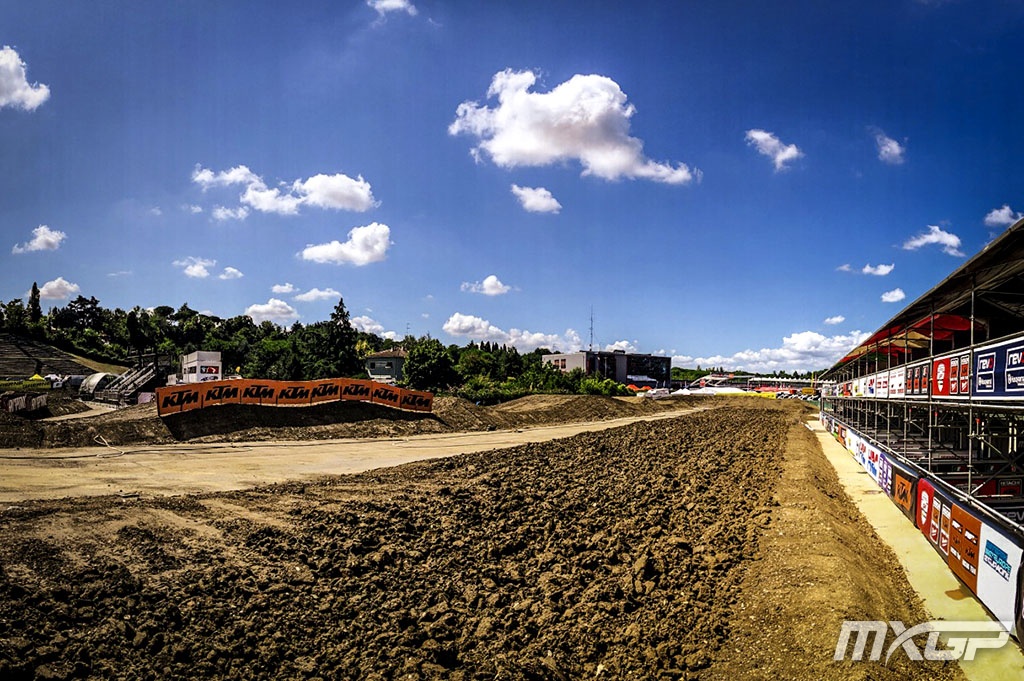 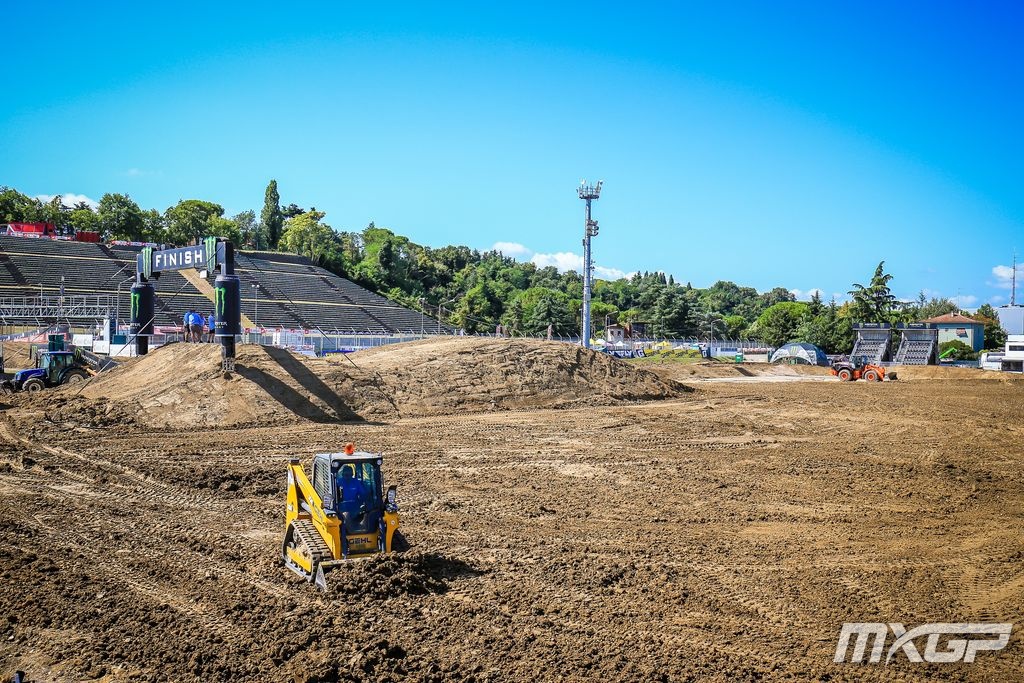