CHECK OUT OUR COMPLETE COVERAGE OF THE 2022 HANGTOWN MOTOCROSS

The Lucas Oil Pro Motocross Championship is in Northern California for the second race of the summer, the 2022 Hangtown Motocross. The day in Rancho Cordova began with overcast skies and cool temperatures, weather conditions that should keep some amount of moisture in the constantly-refined topsoil. Riders cut in lines during the morning’s practices, when the track was at its best during the early minutes of the first sessions. 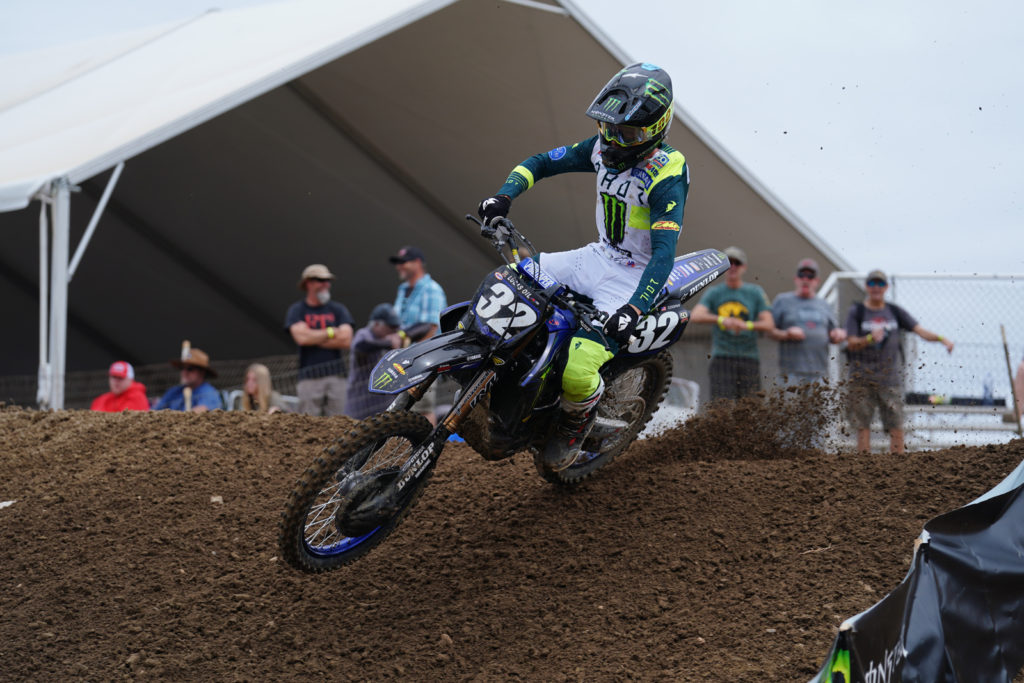 Justin Cooper’s 2:05.812 lap wasn’t just the best of the 250 Class; it was the fastest of the entire field, 450s included. The Monster Energy/Star Racing/Yamaha rider credited the speed to setting that the team applied to the YZ250F ahead of the second round, a change deemed necessary after a disappointing showing at the season opener.

Defending champion and incoming points leader Jett Lawrence was second on the board, thanks to a 2:06.874 turned by the Team Honda Honda rider. Lawrence is said to be a bit under the weather, and while that was a talking point during the morning, it’s not expected to be a considerable factor during the afternoon’s races.

Hunter Lawrence was again among the top riders in the 250 Class and 2:06.986 lap in session one put the Team Honda HRC rider third in the time sheets and is where he ended up overall. His effort in session two, when the track was rougher and closer to what it’ll be like during the race, might be an indicator of what’s to come in the afternoon.

Hangtown is a home race for Michael Mosiman and the Troy Lee Designs/Red Bull/GASGAS Factory Racing rider used his experience to put in the fourth-fastest time of the 250 Class. Fun fact about Mosiman’s pace in session one: the difference between his two best runs was 0.356-seconds (2:07.081 on lap three, 2:07.437 on lap five).

RJ Hampshire put the hammer down as soon as he pulled onto the track for first practice session. That intensity helped the Rockstar Energy Husqvarna Factory Racing rider in more ways than one; he was able to put in three laps at race-pace, with his best being a 2:07.792 at the checkered flag. What did the stopwatch say for the other two? 2:07.809 on lap four, 2:08.019 on lap six. 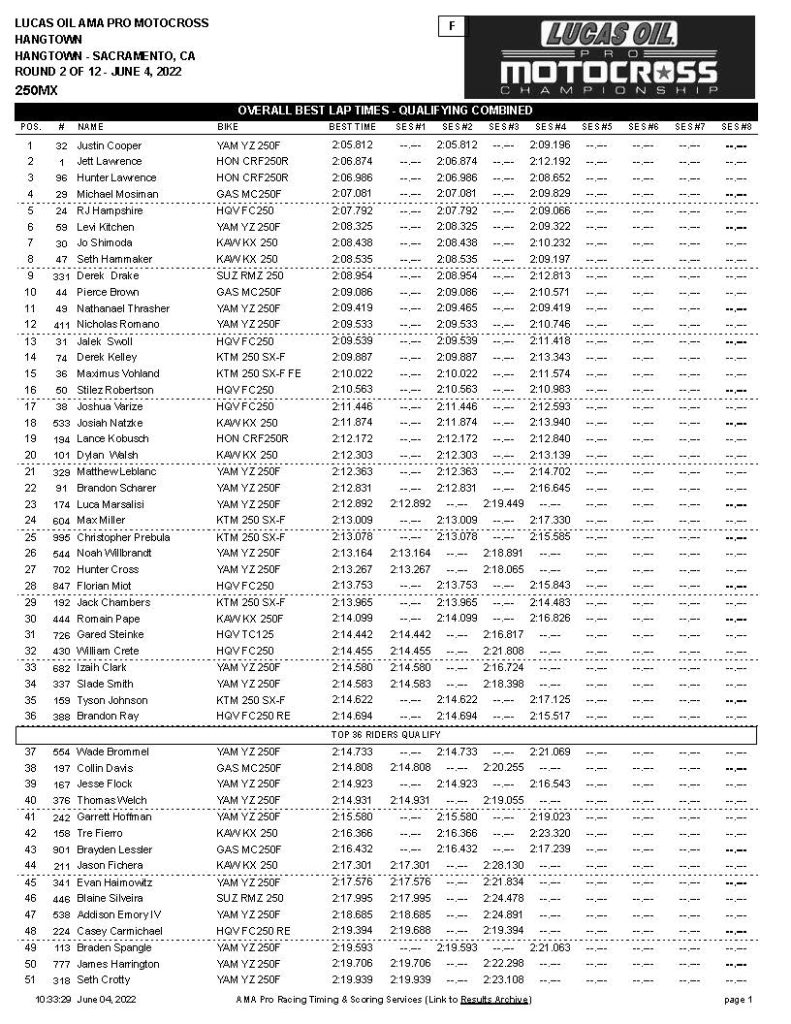 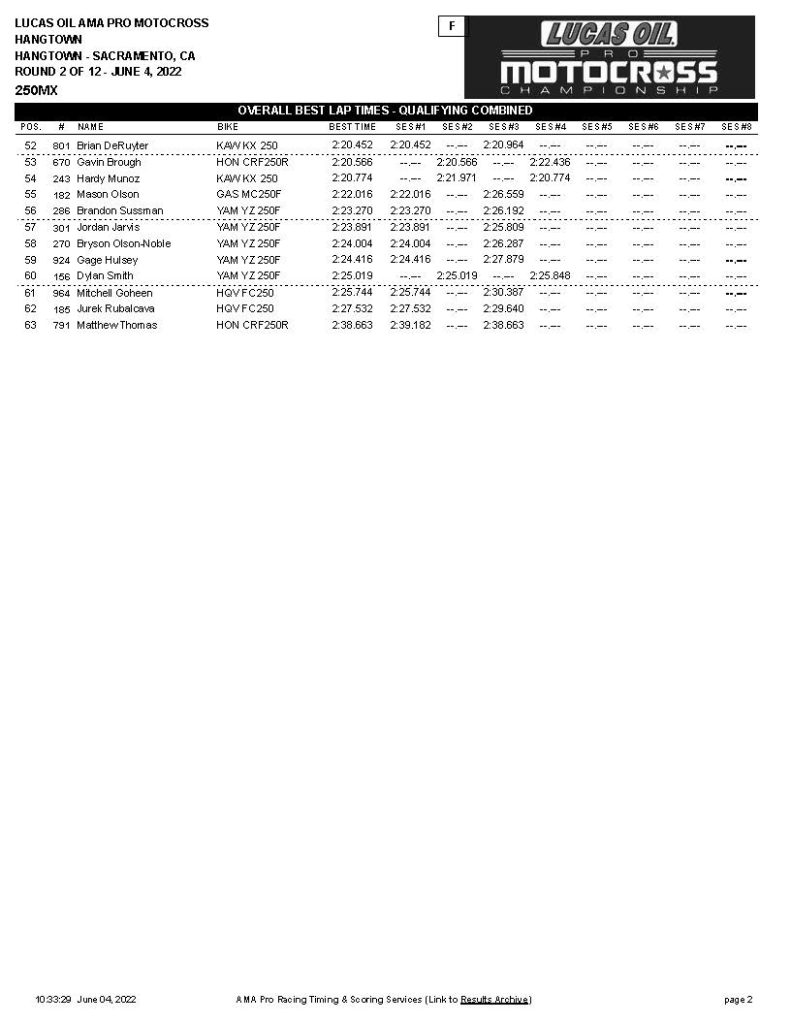 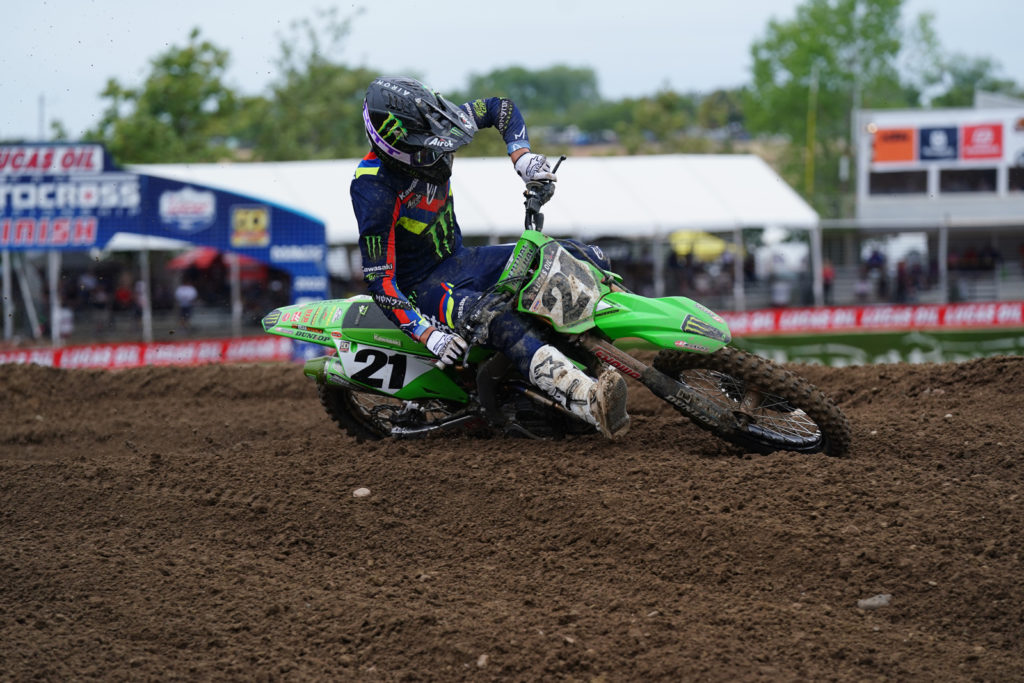 Jason Anderson was one of the few who happened to be faster in the second practice session. The Monster Energy Kawasaki rider did a 2:07.905 session one and followed it up with a 2:06.296 in session two, a 1.6 second improvement that put him at the top of the board in the 450 Class.

Are you still worried about Eli Tomac? Although there were concerns about his knee last week, Monster Energy/Star Racing/Yamaha says that the bigger issue was the balance of the bike rider and that they’ve sorted the issue for round two. Their efforts were worthwhile, as a 2:06.726 meant Tomac was third-fastest in the 450 Class.

Christian Craig looks poised for another top-five finish. The Monster Energy/Star Racing/Yamaha rider hovered near the top of the live timing feed for the entire morning, and with a 2:07.662 lap in session one, wound up fourth overall.

Ken Roczen was the other rider that managed to improve in the second practice. Roczen ran his Team Honda HRC bike to a 2:08.170 lap in session one, which put him sixth at the time, but he found faster lines on the chewed up track, did a 2:07.861, and climbed up to fifth place. 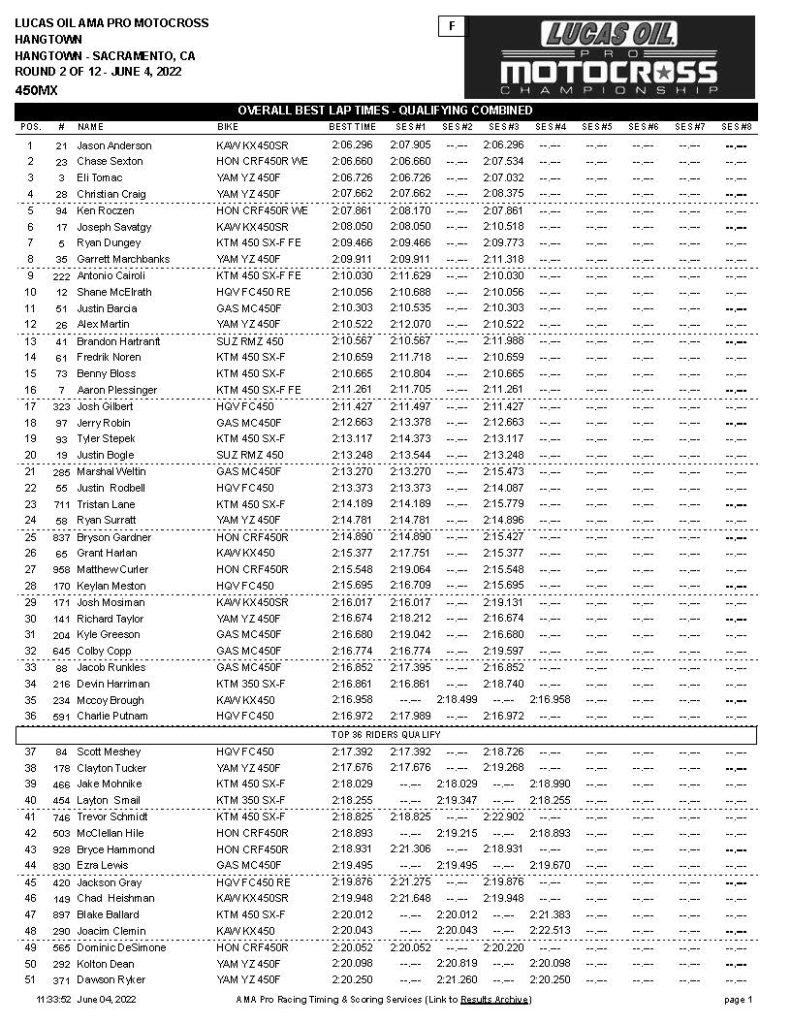 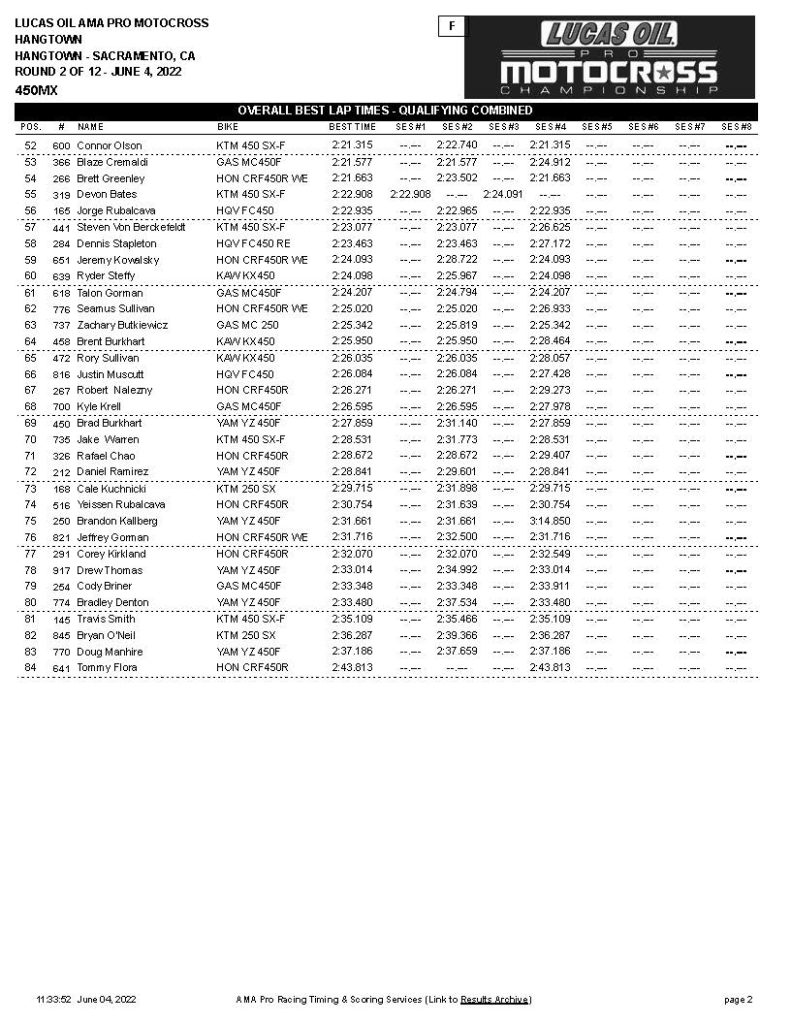 2022 Hangtown Motocross | How Was Your Weekend