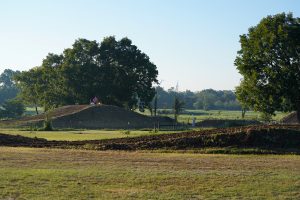 And just like that, the first ever 2022 Mini Major Championship, presented by Seven MX, is officially in the books. Hundreds of youngsters from all over the country joined us for the first ever East versus West Mini Major Championship at Freestone MX. Over the weekend, 38 individual gate-drops were had and hundreds of kids left the popular Texas facility with memories that’ll last a lifetime.

The Supermini classes at the 2022 Mini Major Championship saw some of the best battles of the day, as Arizona’s Carson Millikan and Oklahoma’s Austin Camden swapped positions throughout the two days of racing. Both youngsters seemed to find each other in each of their motos and ultimately put on an incredible show for the spectators. At the end of the weekend, Carson Millikan left Freestone MX with the overall victory in the Supermini 3, Supermini 2, 85cc 13-16yrs Open, and 85cc 14-16yrs classes. While Austin Camden took home the overall wins in the Supermini 1 and 85cc 12-13yrs classes.

Along with riders from the far-side of each coast, the 2022 Mini Major Championships also saw a few local riders out of Texas. Local talent Jackson Vick made an appearance at Freestone MX for the mini-only weekend of racing and made his presence known with his impressive rides on-track. The kid out of Highland Village, TX left the popular motocross facility with the overall victory in 65cc 4-11yrs, 65cc 9-11yrs, and 65 4-11/Nov Open classes – each class he contended in.