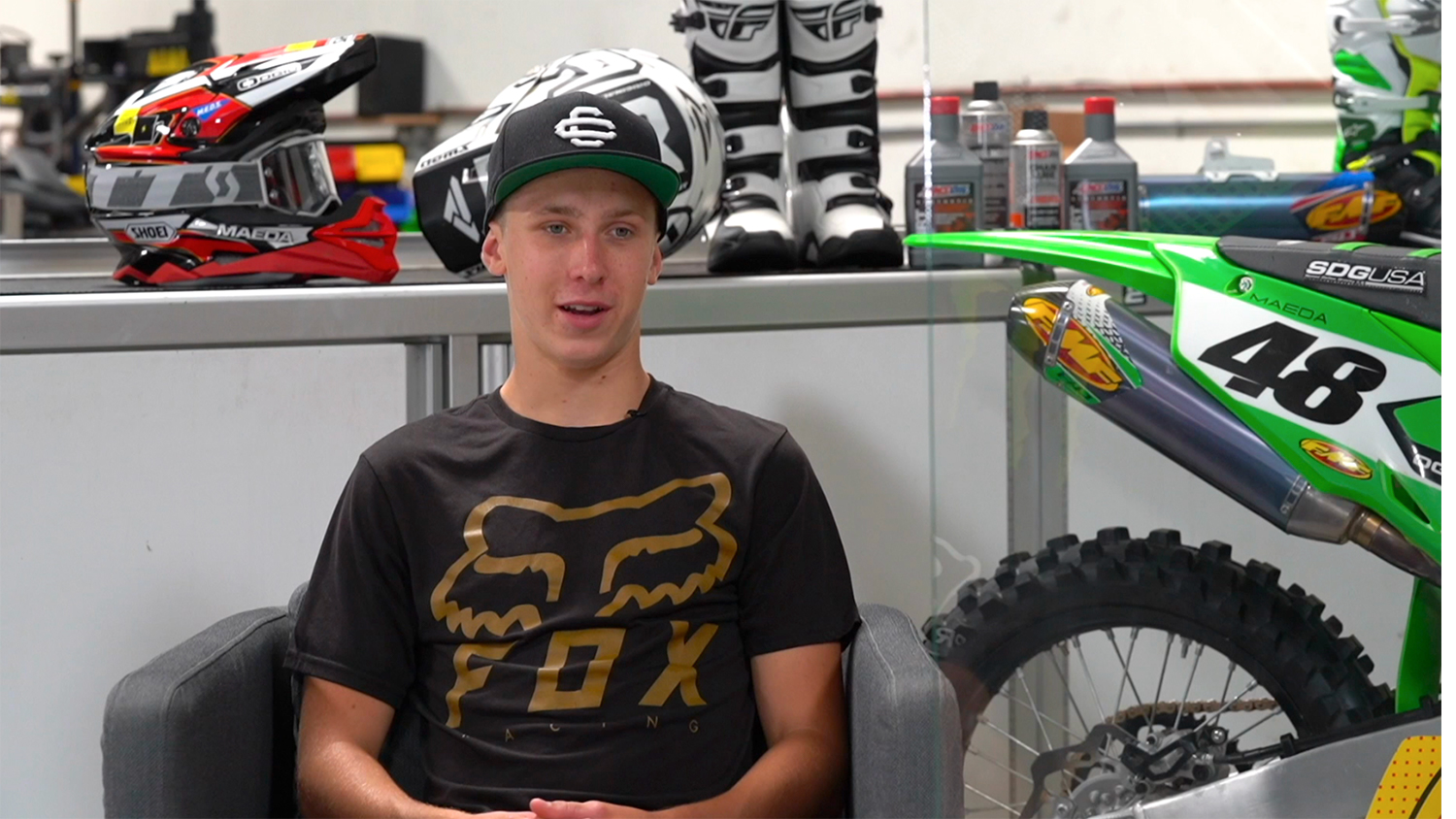 Carson Mumford made his professional debut this summer in the 250 MX Nationals and finished a respectable 12th overall aboard his GEICO Honda CRF250R. A long-time member of the GEICO Honda squad, Mumford made his mark in the mini classes aboard a very special CRF150R, winning several Amateur National Championships along the way. When the team announced that it was closing its doors, Mumford was left without a ride, even though he had two years remaining on his contract. Recently, news has broken that he has joined the Chaparral Honda squad, which is now in its second year of operation. We checked in with Mumford this afternoon to see how the new team, machine, and personnel are suiting him.

Carson Mumford on the SML Show