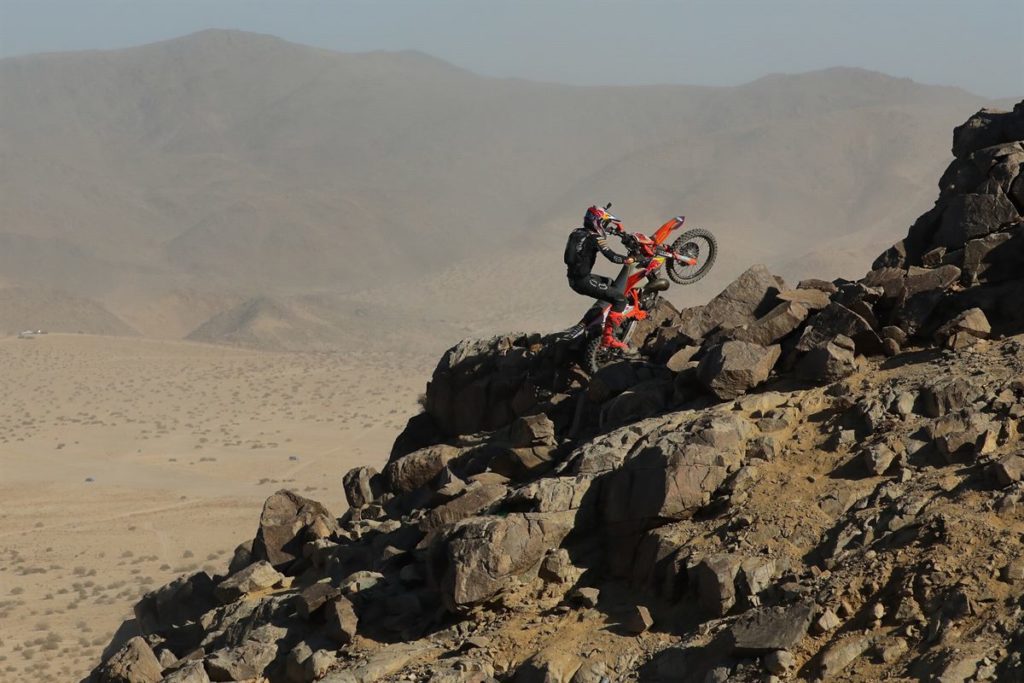 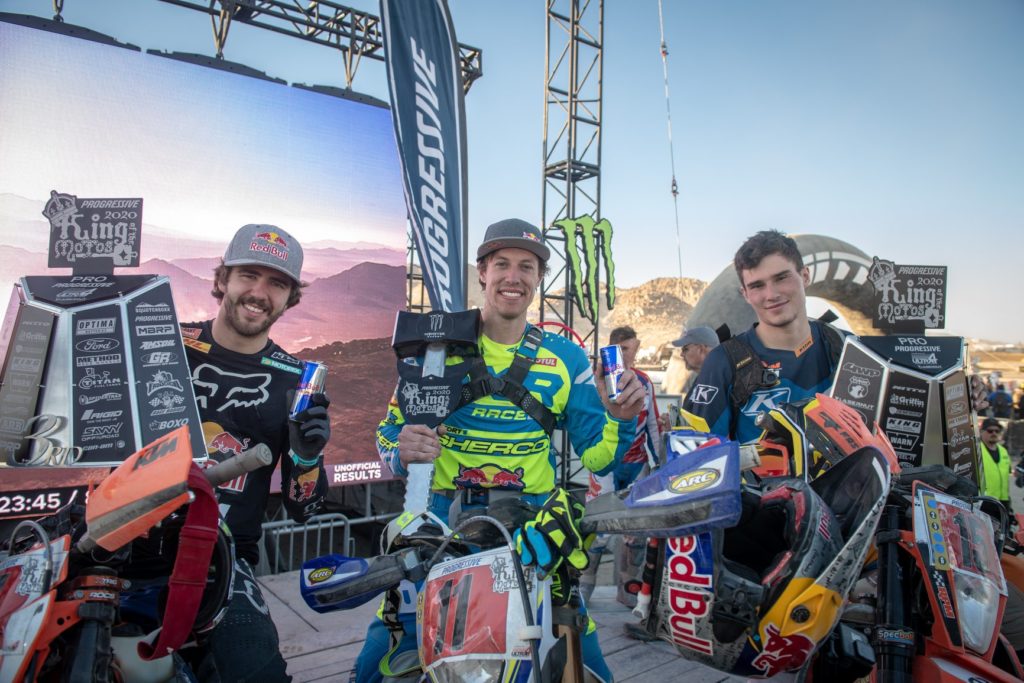 Every year, off-road enthusiasts of all disciplines come together in California’s high desert for more than a week and “play” on some of the most unforgiving terrain in the United States for King of the Hammers. The focus of the event is really the hybrid rock crawling-timed race with various four-wheel vehicles, but the Moto division made a big return in 2020 and ended on a cliffhanger (pardon the pun).

For some context, King of Motos comes off as America’s version of the Erzbergrodeo. The entry list is a mix of world-class talent on factory equipment and local desert dudes that want to put their bike and body to the test over the course of five hours. This year’s starting field had 121 total riders and included hard enduro talent Colton Haaker, Manuel Lettenbichler, Trystan Hart, and Cody Webb at the front of the pack. It was Lettenbichler’s first visit to the event and the Red Bull KTM rider rocketed to the lead as soon as the flag flew, and he set the pace over a group that consisted of past race winners.

Webb eventually closed in on Lettenbichler and the duo went into the final lap with the best chance of any to take the win. Unfortunately for Lettenbichler, a directional error caused him to go the wrong way on one part of the course and he was issued a one-hour penalty toward his overall time (the event uses GPS navigation that riders must follow). This meant that Webb was deemed the winner in his debut ride on the Sherco factory bike and Trystan Hart was scored in second, while Lettenbichler still managed to claim a podium result. Shoutout to Louise Forsley, who was the highest finishing woman in 41st place.

Below is a feed to the five-hour race. We don’t think you’ll watch the whole thing (hey, maybe you’ve got some time to burn), but you definitely need to take a few minutes and see some of the obstacles riders had to encounter. It’s impressive.

Click here to see complete results from the King of Motos… 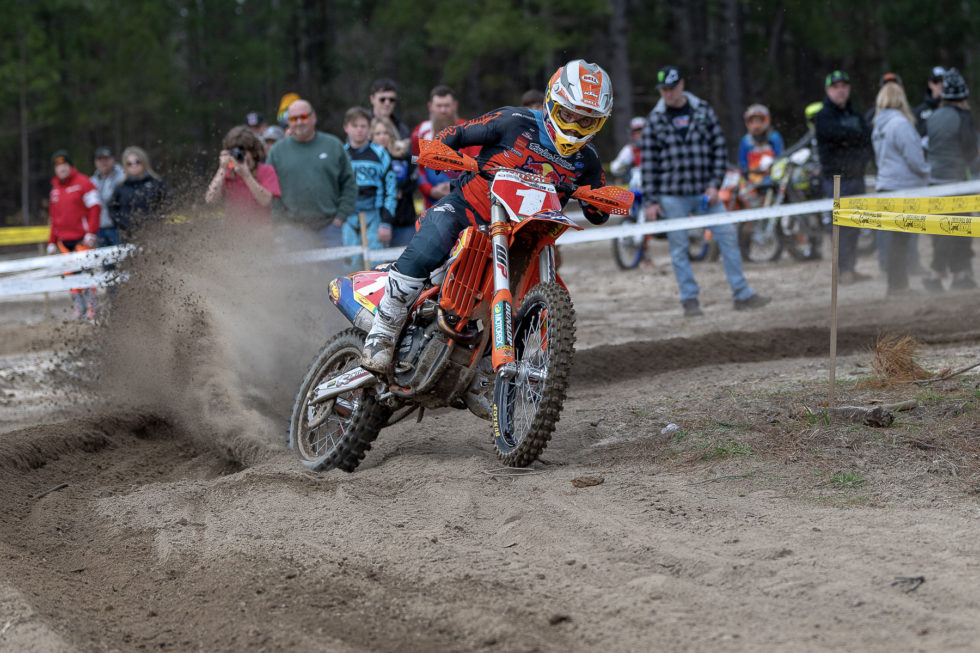 The 2020 Kenda Full Gas Sprint Enduro Series kicked off with the first round of the season in Gaston, South Carolina, and with 500 total race entrants, it’s clear that the timed race format is popular on the East Coast. Defending champion Kaliub Russell returned to his winning ways and claimed the overall victory with a 1:17:57.180 total race time over the two days of racing, an impressive minute and a half better than the rest of the field. While Russell had a big advantage, times from second to fourth were much closer. Ricky Russell claimed second place with a 1:19:24.092, while a difference of 0.145 seconds split Layne Michael and Lydon Snodgrass; Michael’s 1:19:29.417 was better than the 1:19:29.562 that Snodgrass posted, and he was awarded the final spot on the podium.

The second round of the AMA FMF National Grand Prix Championship took riders to Taft, California, for the Dirt Diggers GP. Zach Bell and Tallon LaFountaine claimed the wins in the Pro and Pro 2 classes after the hour and a half long moto on the track cut at Honolulu Hills, and with that, extended their leads in the championship standings, while Brandy Richards bested defending Women’s champion Tarah Geiger for the race win.