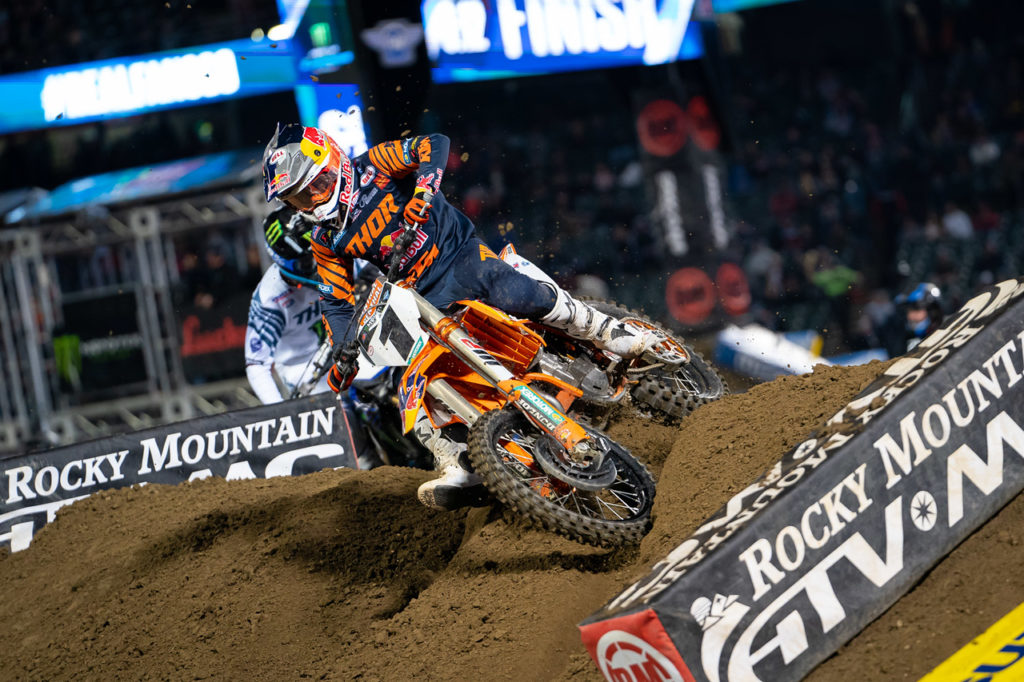 What’s more difficult: winning the first championship or backing it up the next year? Cooper Webb will know the answer to that question over the next few months, as the Red Bull KTM rider will defend his Monster Energy Supercross championship against the most competitive roster of riders in recent memory. What happens on Saturday is largely influenced by the work done between races and thanks to Bell Helmets, we will have a first-hand look at the process through 17 weekends of competition in a new video series, 2 For 2.

We’ve enjoyed the first two episodes of the series (shoutout to our boys Tom Journet and executive producer Benny Tozzi) and were eager to see the third, but the halt on racing means there’s no championship to chase right now. Instead, Tom dove into the hard drive and found some footage from the 2020 Oakland Supercross, which proved to be a pivotal night for Webb. Determined to move through the running order in the 450 Main Event, Webb was in third place and right behind Ken Roczen on the final lap, which resulted in a dramatic last-turn collision that allowed Webb to take the runner-up spot and left Roczen with a sore foot.

What was Webb thinking when he saw the opening? That’s all discussed in this bonus video…