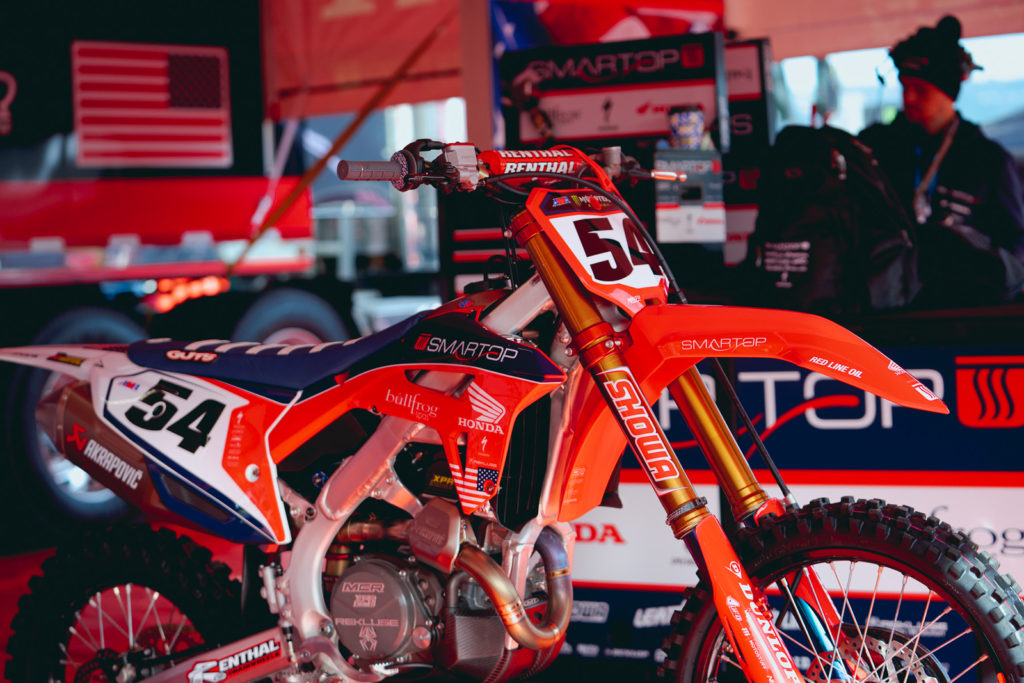 SX Global has announced the first teams that have secured licenses to participate in the new FIM World Supercross Championship, set to begin in 2022. MotoConcepts Honda, Pipes Motorsports Group (better known as HEP Motorsports), Bud Racing Kawasaki, and GSM Yamaha have all committed to fielding four riders each in the international series, which brings 16 riders to an intended 40-racer field that will be split between the SX1 and SX2 categories. The American and French-based operations are experienced in Supercross, with MCR and PMG being Main Event mainstays in the AMA series, while BUD and GSM are front-runners in European competitions.

SX Global’s structure has garnered plenty of interest from the industry in recent weeks, as privately-owned teams are working to secure a cut of the $50 million investment that Emirati group Mubadala has committed to pay over the next five years, while championship-caliber riders have stated the plans to go from four events in 2022 to 12 in 2023 would encourage them to adopt a Supercross-only program in the next chapter of their careers. 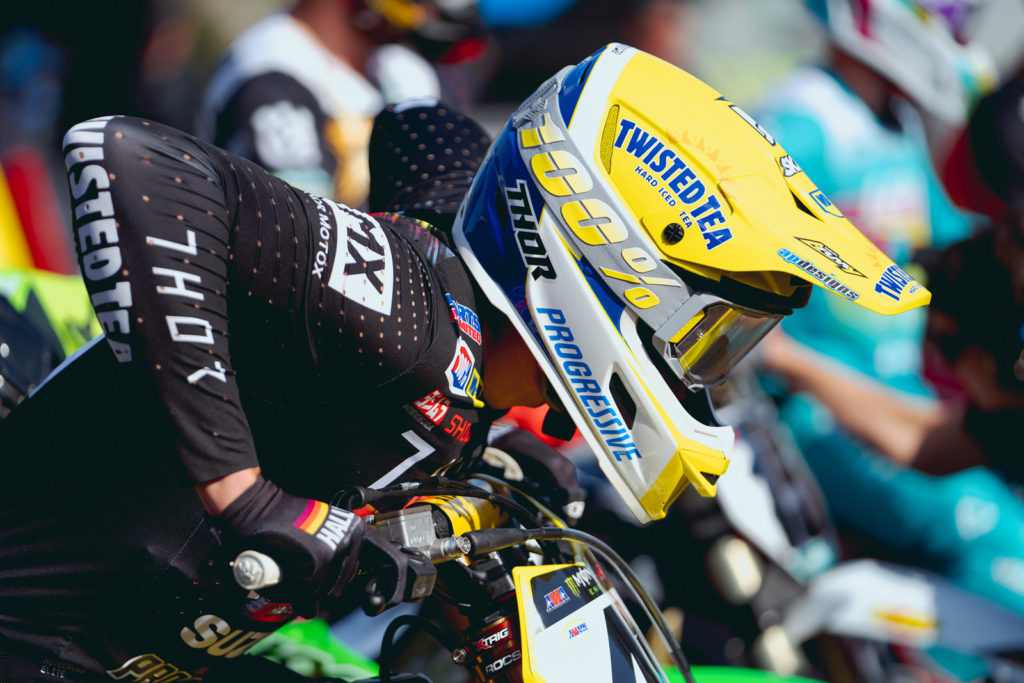 SX Global, the Australian company spearheading the FIM World Supercross Championship (WSX), today announced four of the 10 exclusive team licenses it will issue for its inaugural global championship. These independent teams were selected for their significant experience at the highest levels of professional supercross and motocross, and their ability to deliver strong competitive offerings across 450 and 250 classes. Manufacturer participation in the series is strong with up to six represented in the FIM World Supercross Championship. The four teams include American-based MotoConcepts Honda and Pipes Motorsports Group, along with France’s Bud Racing Kawasaki and GSM Yamaha.

Over the coming weeks, all ten teams will be announced. The first four and team principals are broken down in greater detail below:

MotoConcepts Honda – Mike Genova: At the helm of the MotoConcepts Honda team is successful businessman, Mike Genova, who runs one of the top teams participating in the AMA Supercross championship in the United States. Regularly performing well in the series, Genova is a mainstay in the supercross world and currently works with talented riders, including Vince Friese and Justin Brayton.

Bud Racing Kawasaki – Stéphane Dassé: Bud Racing Kawasaki is one of the most faithful teams in the GP paddock (since 2007), present in the World class and European Championship, featuring some of the sports hottest up-and-coming riders. As team principal, Dassé has amassed a long list of accolades, playing a key role in developing some of the most successful racers in the game, including Marvin Musquin, Gautier Paulin, and Dylan Ferrandis.

“All four of these teams bring a level of experience, credibility, and operational and competitive excellence, necessary to delivering the highest levels of competition to fans around the world; and we could not be more excited to award them licenses,“ said Adam Bailey, managing director – Motorsport of SX Global. “As we embark on our inaugural pilot season, it’s critical that each of our teams bring a spirit of collaboration in the broader effort to drive our sport forward and expand its relevance across the globe, and that’s exactly the case for each of these teams and owners.”

“In order for any sport, or any business to grow successfully, financial structures have to establish wider-ranging revenue potential and overall returns for owners and investors. It’s a model that has proven successful for decades at the highest levels of professional sports, and yet it has not existed in supercross, and we are changing that,” said Tony Cochrane, president of SX Global. “For the first time, supercross team owners have a true investment platform, with the ability to increase the financial value and equity of their teams over time.”

This team announcement is just one of many ongoing development efforts that will continue to elevate and solidify the FIM World Supercross Championship. The Championship will feature a highly exclusive structure, with unparalleled level of financial support for teams, including seed funding for every team awarded a license, appearance fees at every round, and logistics and freight support. In total, more than $50 million has been designated specifically for team and rider support over five years alone. The global series will feature the richest championship prize purses in the sport’s history, with a total of $250,000 up for grabs at each round.

The FIM World Supercross Championship will annually take place in the second half of the year, including up to four events in 2022, from late September through November. 2022 will serve as a “pilot” season, allowing the championship to establish itself and build momentum going into 2023. From 2023, and subsequent years, the FIM World Supercross Championship will expand annually between June and November, with up to twelve events in 2023. 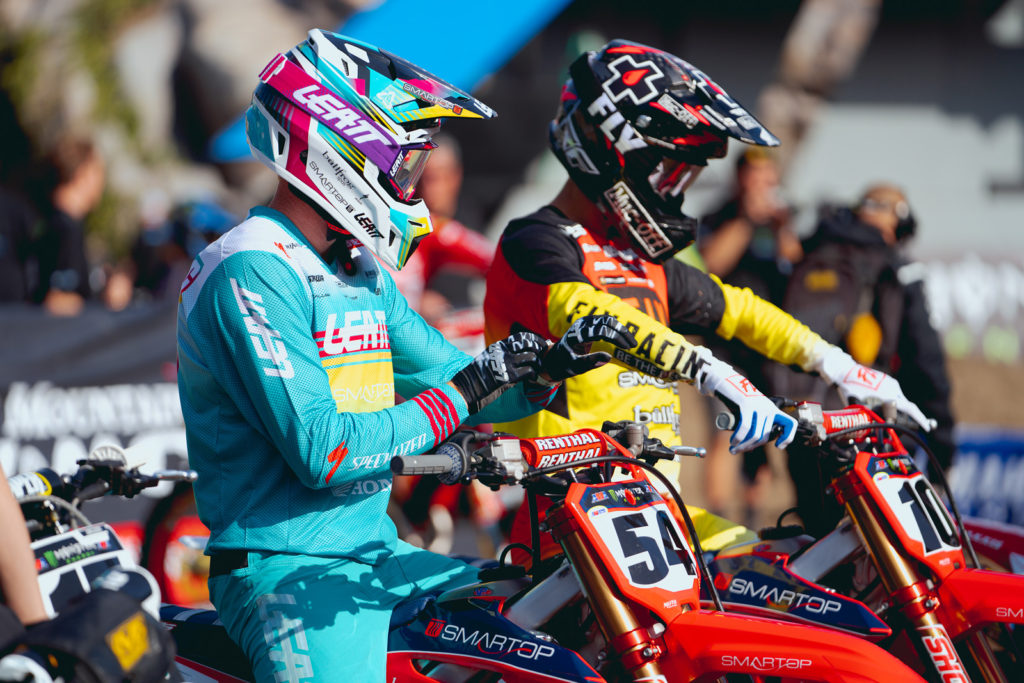