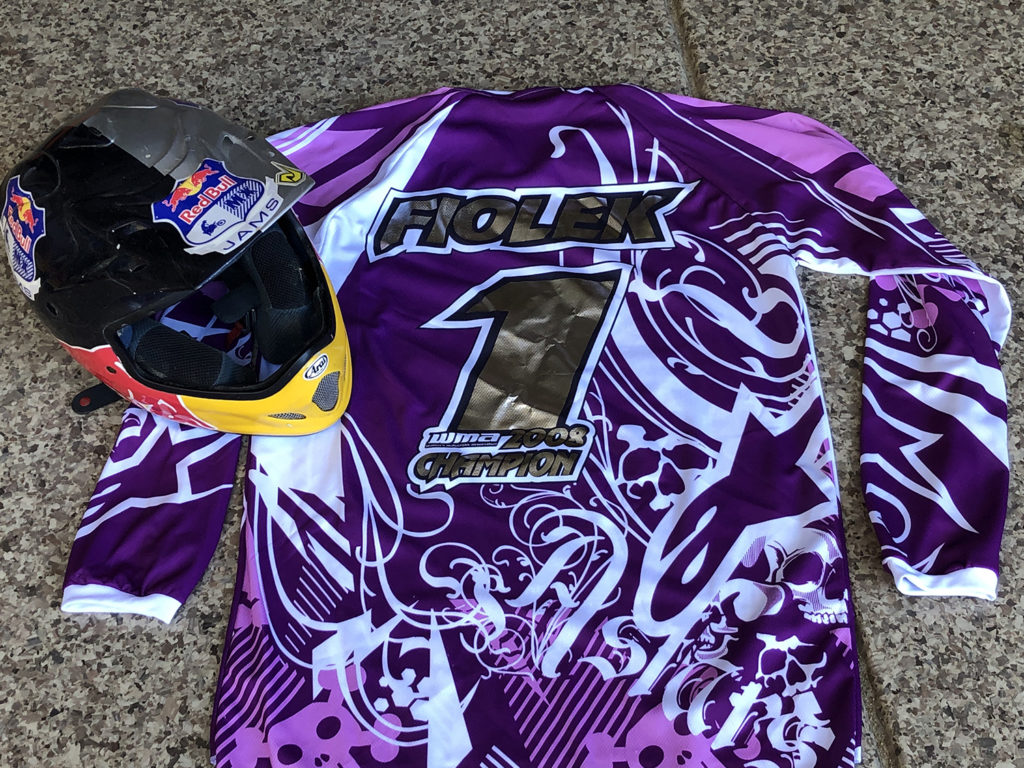 I first met Ashley Fiolek in mid-2006 when I took a trip to Florida to shoot with James Stewart. Trying to optimize the content opportunities afforded by the cross-country trip, I made arrangements to meet the deaf motocross racer that I had heard so much about. Needless to say, Ashley made quite an impression on me. Sure, she was fast, but her ridiculous, fun personality is what really cracked me up. Her father Jim and I became great friends, and I would see a lot of the Fiolek family through the next few years. At one point, my wife was even her personal trainer while she was in SoCal. 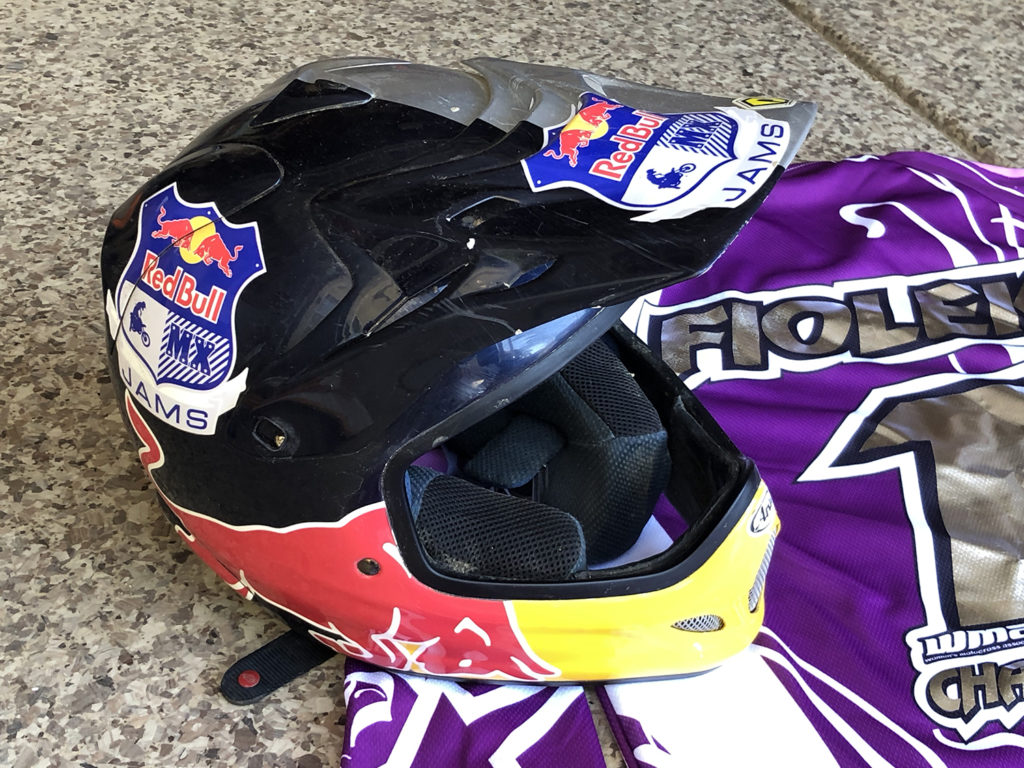 As an amateur – before she made her WMA Professional debut in 2008 – Fiolek was a part of the Red Bull JAMS (Junior Amateur Motocross) team, and her helmet sported the program’s iconic logo in addition to the energy drink’s trademark paint scheme. When she made her professional debut, the JAMS logo was dropped, and her helmet looked just like James Stewart’s. Prior to ’08, the Fioleks used to leave a helmet and boots at my house, as flying across the country with the bulky items was a pain. When they would arrive on the West Coast to train, they’d stop by my place first to pick up her gear. Eventually – once she turned pro – AF forgot about her helmet in my garage and it’s been there ever since! 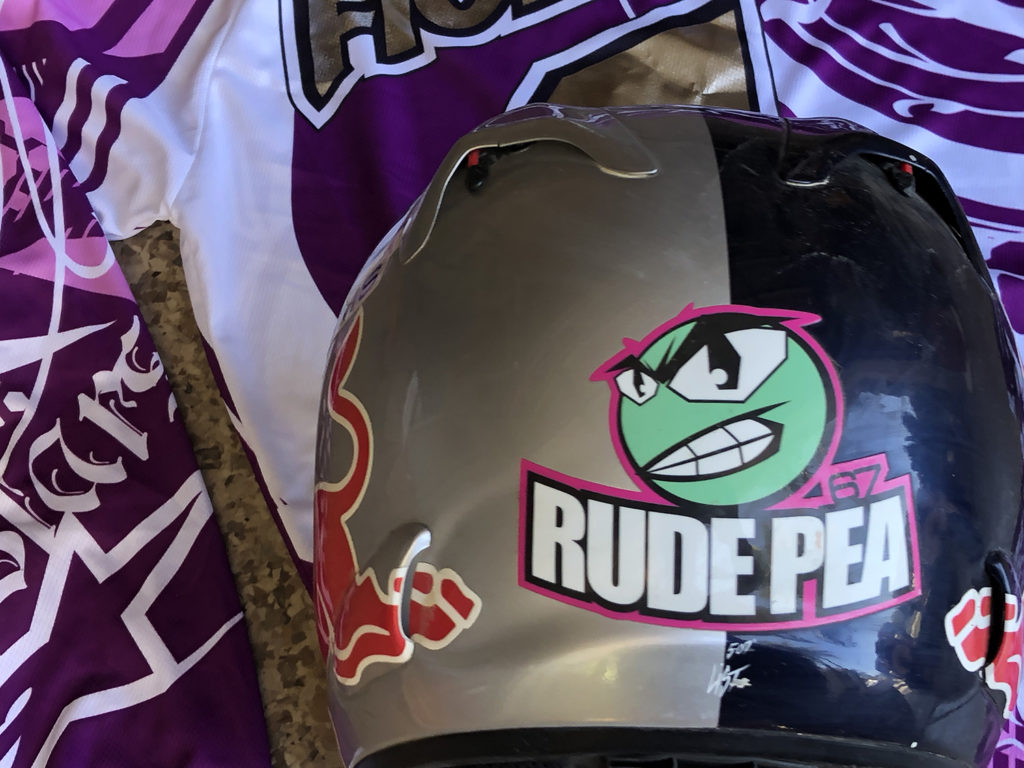 When Ashley turned pro in 2008, I invited her to pen a guest racer column in TransWorld Motocross. Written completely on her T-Mobile Sidekick, Ashley exhausted the world’s supply of exclamation points each month.

After winning her first WMA Pro National at Hangtown, AF went on to win the WMA National Championship with relative ease, and we celebrated by putting her on the cover of the magazine. She was the first and only female racer to grace the cover of TWMX. 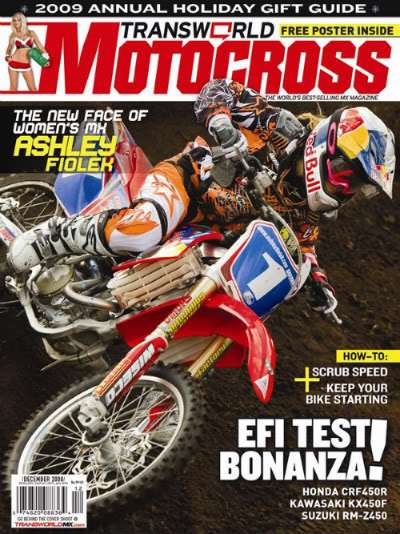 Alpinestars produced a few special jerseys for Fiolek when she won the title, and I was one of the lucky ones to be presented with one. Though Ashley went on to win three more championships, there’s nothing quite like the first one, and I’ll always hold on to this souvenir. 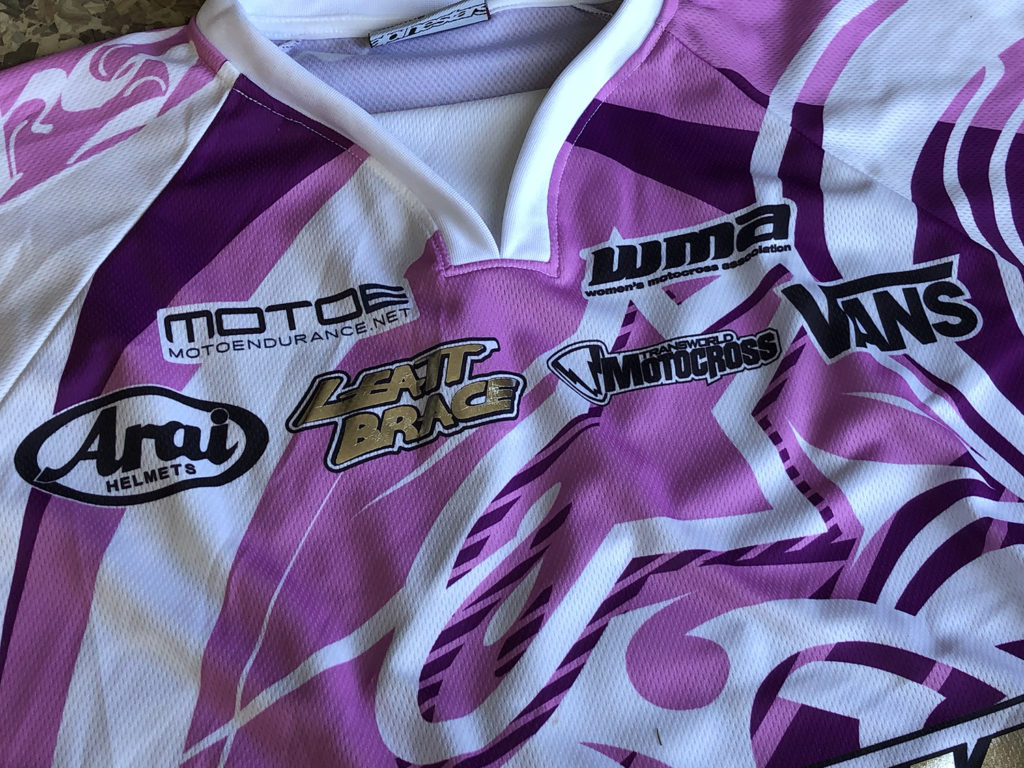 Throughout her career, Ashley gained a lot of attention for being Deaf, but she never used it to her advantage or to gain attention. Though we mostly communicated by typing on our phones, I did learn a decent amount of American Sign Language and was able to sign enough to make her laugh.

Ashley retired after winning the championship in 2012 and today, she is a brand ambassador for Fox Racing and Husqvarna motorcycles. She teaches motocross schools around the country (www.afmxschool.com), was recently engaged to her girlfriend Lindsey Bailey, and lives back in her home state of Florida. Follow Ashley on Instagram at @af67 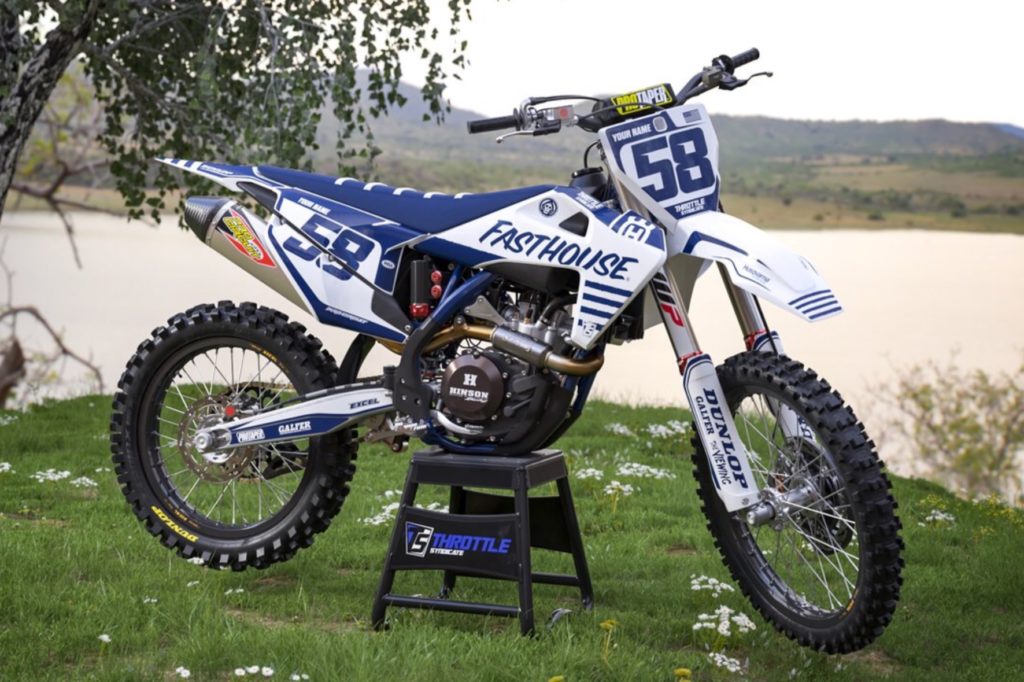 As the only officially licensed producer of Fasthouse graphics, Throttle Syndicate has a ton of different version to choose from, for every bike manufacturer. This kit for the Husqvarna is super clean and takes advantage of the FC’s clean white and blue color scheme. Of course, this kit can be modified to suit your individual needs and tastes!

Throttle Syndicate is a new name in the motocross graphics business, but the company has been around since the start of the graphics revolution. These days, every kid with wealthy parents seems to be starting a graphics company in their garage, but it’s the big players who have been around since the beginning that deliver the best-fitting and longest-lasting products. Proud sponsors of the Monster Every/Pro Circuit/Kawasaki and Troy Lee Designs/Red Bull/KTM teams, Throttle Syndicate produces the best stuff in the game. Check them out at throttlesyndicate.com