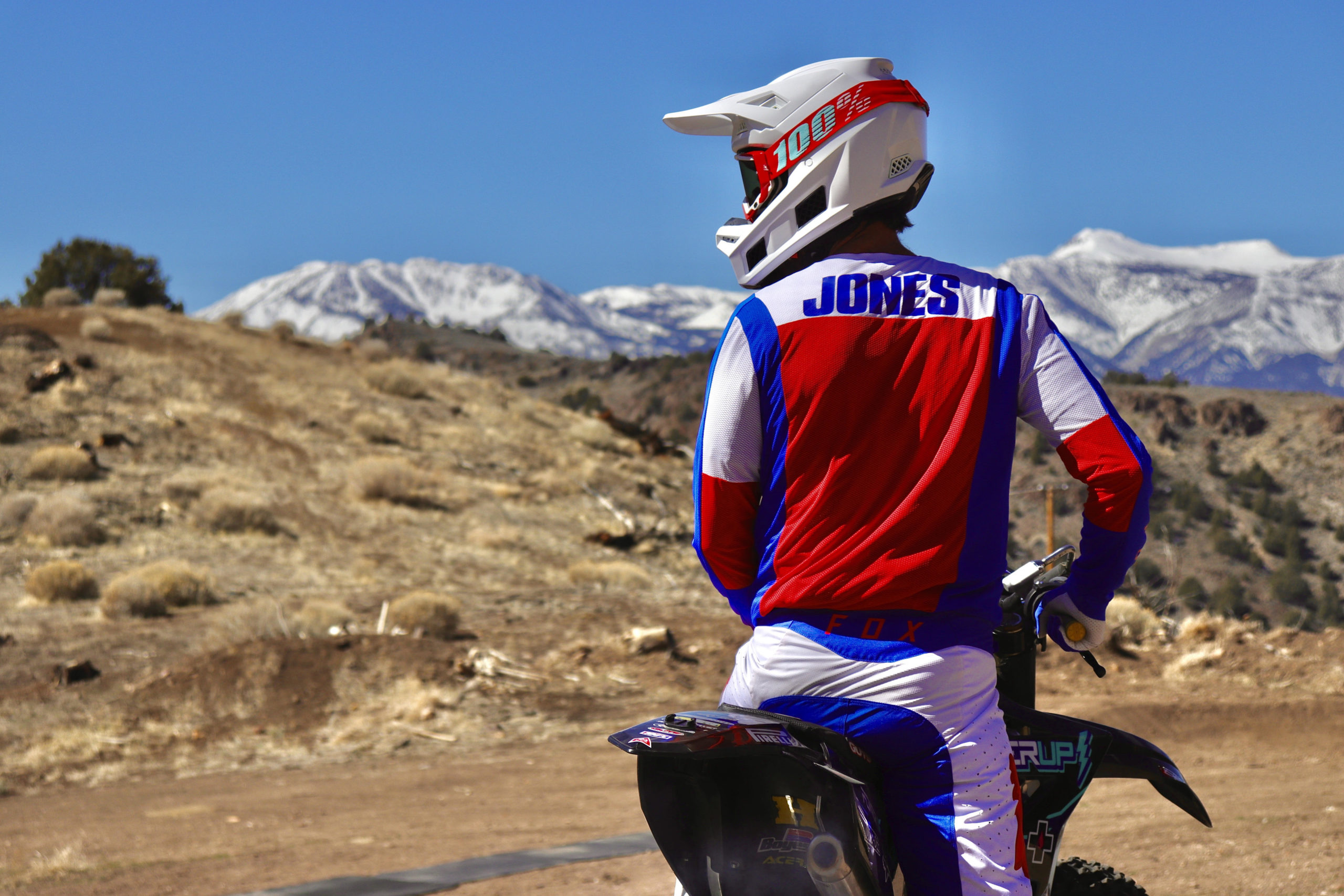 When 2021 started I was probably at the lowest point in my professional career. After the Pepsi buyout, I was one of the many Rockstar Energy riders who didn’t receive a renewal. Unlike my low point in 2015 when I lost my Monster Energy deal, this time there was nobody there to pick up the pieces. Riding for a living was pretty much not an option at this point. Shows were nonexistent, and for the first time in about 15 years I had zero sponsor dollars coming in, so I was making absolutely no money…zilch!

Aside from the financial problem, I was also drinking more than I ever have. I guess I really felt like a worthless pile of shit, and I thought that drinking made me feel better about it. Of course that isn’t the truth; anyone who knows anything about this type of scenario knows that drinking fixes zero problems, and it actually makes all problems a little harder to actually handle. I didn’t realize the problem and fix it with the snap of a finger when 2021 hit…I guess I rode the wave from 2020 in a little and continued acting and feeling the same. Then there was a moment – one of those moments where you change – and everything else changes, all for the better, simultaneously. I find these situations so strange! I have to wonder, “Did I change my luck?” Or was my timing just that amazing that I decided to clean my act up at the exact time the world started to change? I don’t know how the hell the world works, but I have to believe that when you are dedicated to putting out some hard work and positivity, things are going to happen for the better. 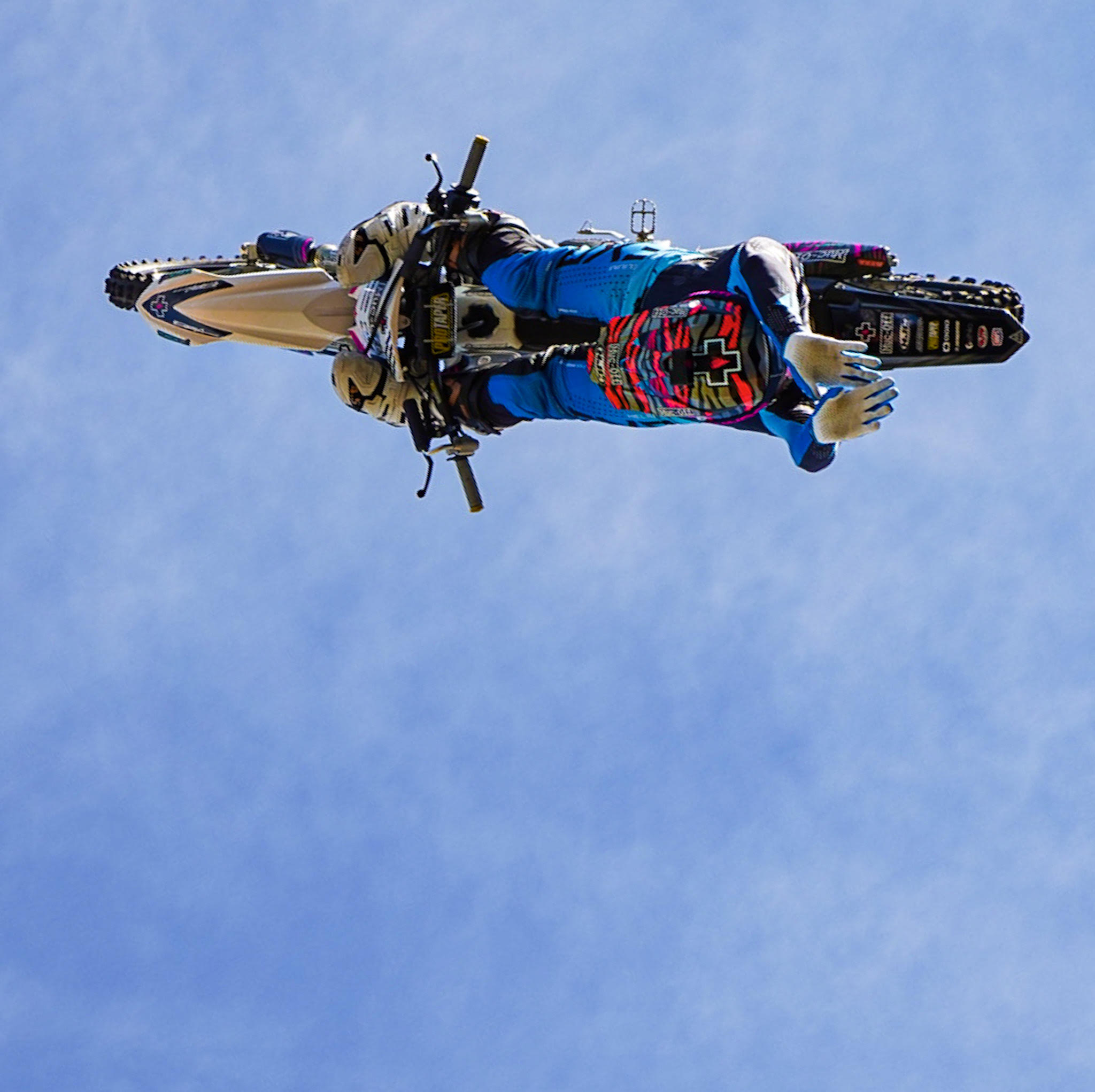 I had just spent the weekend with a friend I hadn’t seen in years, and holy hell did we crush some CLs. It was amazing, but ridiculously indulgent, and when Monday morning came and I was hurting. It was the “I don’t want to open my eyes, and I know I can’t even move off the couch,” type of hurting. The strange thing is that in the 10 months of unemployment and boredom, I had definitely gotten comfortable with the idea of hair of the dog, but for the first time in a while I wanted nothing to do with that. I knew that more drink was not my way out, or my way to any sort of happiness, or any real “feeling better.” I felt like crap, I was basically unemployed, hungover, hurting, and my life felt like it was falling apart…I knew something had to change. So 2021 had started out at the lowest point, with the least potential of any year I can ever remember, so I guess trying to go up from there wasn’t really expecting a whole lot. I didn’t know if the times were going to change, but I knew I needed to change. I told myself that morning that the drinking had to go…I didn’t know for how long, but I knew I needed a long break at the very least, not another “sober October” scenario where I stop drinking for a month and then convince myself all is fine and I can drink as much as I want because I stopped for a month.

After making the decision to quit for a while, wouldn’t you know it? A few shows popped up! The shows were all the way across the country in Florida, but as luck would have it I actually had one of my bikes with a buddy in Florida already. The shows weren’t my greatest payday, but just to be back out on the bike riding and making a few bucks felt amazing. The first few shows did have a tricky element though. I was only a few weeks off the booze, and in the evenings sometimes the boys would get together for dinner and they would have some beers. I had no regrets of my decision to throw in the towel on drinking, but when someone sitting next to you orders an icy cold CL and you’re only 2 weeks on the wagon…you might get just a little bit of FOMO. I held strong though, and it wasn’t like I wanted a drink the whole time, but there was something strange about learning how to do shows, and then not “celebrate” with one or 20 beers afterwards. It was just a new routine I had to get used to. The shows I had picked up were three separate weeks of work, and while I was doing the second week I got a text from my buddy Beau Bamburg saying it looked like there might be a Nitro Circus tour at the end of the year. The excitement I felt at the potential of doing an awesome tour, for great money, with all my best friends, was unexplainable! I really didn’t want to get my hopes up too much because of how many times this had happened and then gotten canceled already, but how could I not? I tried to keep the positivity flowing. I rode my best at my shows, stayed in the gym, and started practicing my ass off at home during the week. My riding was getting back to a level it hadn’t been in a long time, and I still wasn’t drinking. For the first time in my career I was running an all white cue ball helmet, and had one set of gear that was flowed to me…so I knew I wanted to find some companies to work with. I reached out to the few people I knew from my years in the industry, and wouldn’t you know it….I had some deals again! 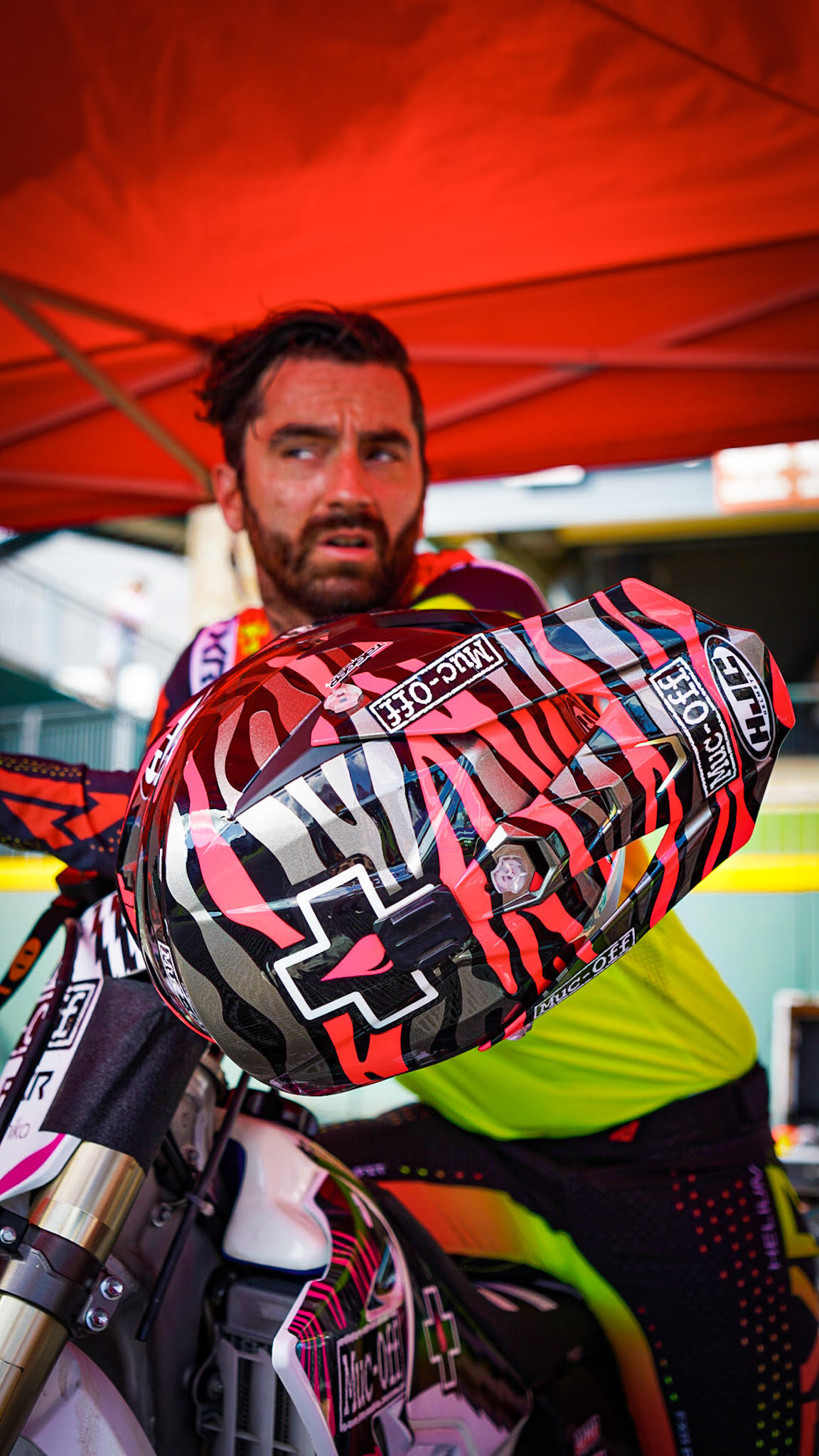 By June I was in a Muc-off helmet, FXR Gear, HJC helmet, and I was feeling like a new man on a new mission. That mission was to reignite my career, and feel good about where I was at on the bike, and in life. I rode my ass off leading up to the 2021 Nitro tour, and when it came around in September I felt like a new man. I felt good on the bike, I felt good as a person, I was so grateful for the opportunity that was in front of me, and I wanted nothing more than to seize it. We rode new, bigger ramps, I learned new tricks, did my old tricks bigger than before, and just straight up kicked ass for three months on the road…it was one hell of a turnaround.

Because of the extreme low point I started at, and the amazing high point I ended on, 2021 was an amazing year. It definitely didn’t start out that way, but when I look back on it as a whole, it was awesome because sometimes you have to experience the lows to enjoy the highs. I would have never guessed back in January of 2021 that in under 12 months I’d be fully decked out with new sponsors, have plenty of tours on the horizon, be loving riding, feeling fairly secure, and 11 months booze free! What a ride 2021 has been, but oh yeah….2022 if you could please maybe be a little more consistent and chill…..yeaaaaaah, that would be great! Happy New Year to everyone, and remember….if your at a fork in the road….just take it, haha!