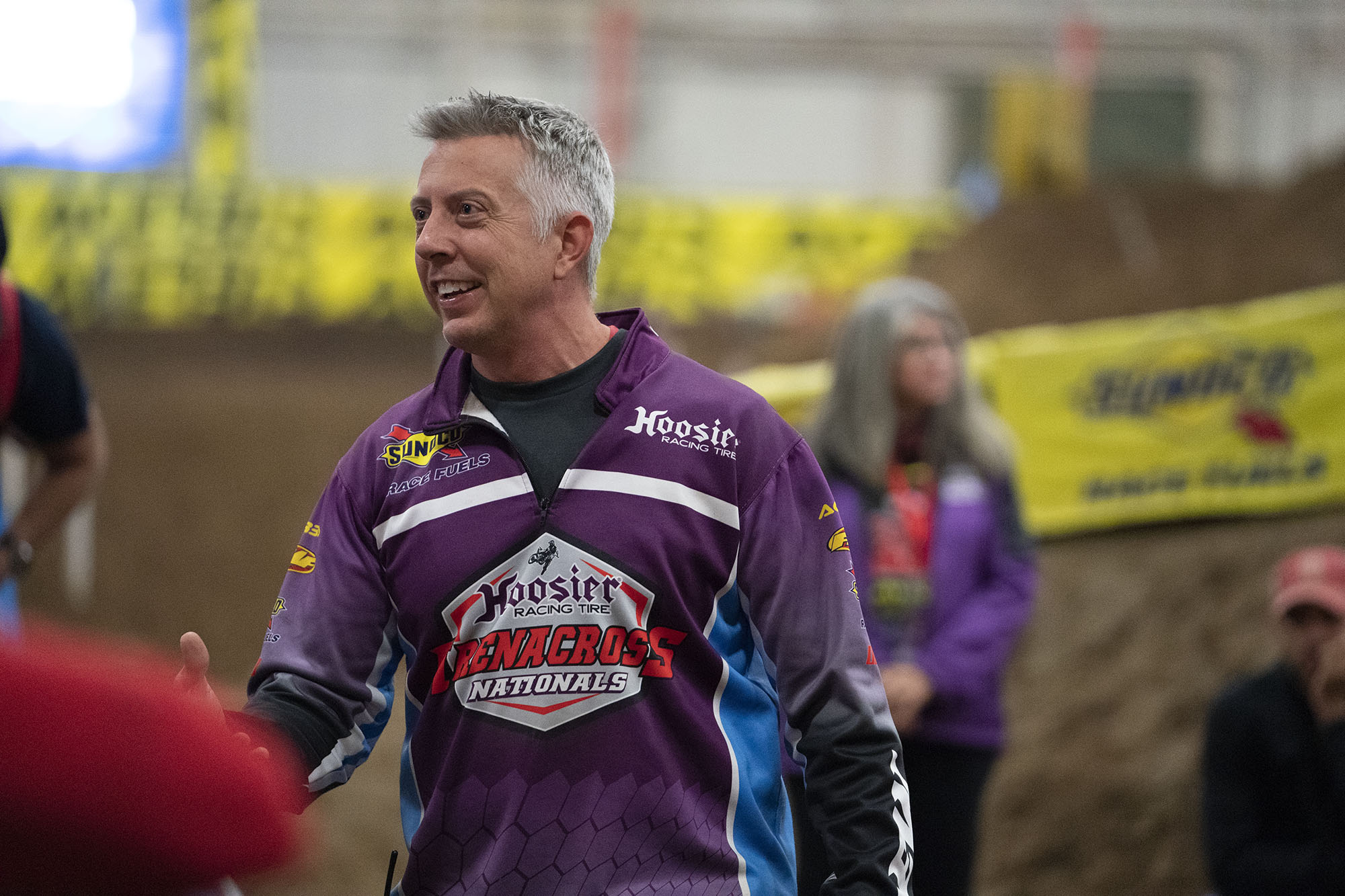 We caught the opening rounds of the Hoosier Tires Arenacross Series a few weeks ago in Oklahoma and were introduced to Jay Reynolds, the organizer and the promoter of the 15-round race series. It’s cool to see hundreds of amateur riders and a few Nationally-ranked pros on the starting line in the same night, and Reynolds has big plans to make the series even more appealing.

If you’re a pro-level racer or a very good amateur, then you should really have an eye on the Hoosier Arenacross series. Their purse payout and sponsorship contingency package is solid, but the broadcast plans that MAVTV and FloRacing have announced are excellent opportunities to get your name and results out to the world

But if you’re a back of the pack rider or a beginner, the Hoosier Tires Arenacross series will have something to offer you. It’s tough to get a race in during the winter months and you’ll have that chance at venues around the Midwest and Southeast over the next few months.