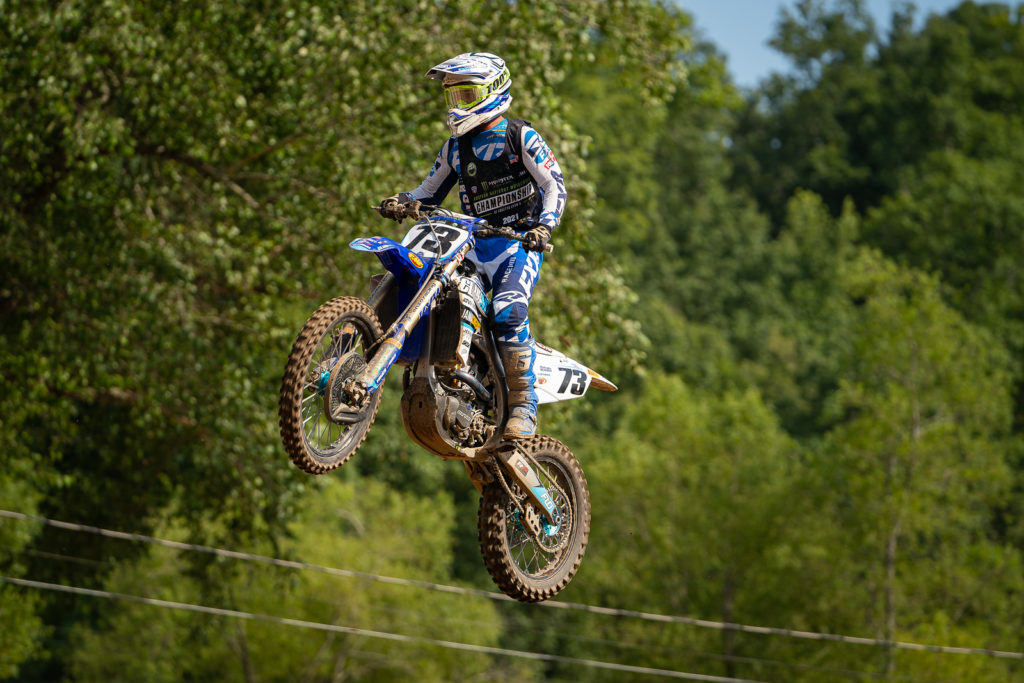 Let’s keep it real: your real world responsibilities don’t allow ample time to ride and train. Finding just a few hours to get in a workout can be a chore sometimes, which means laps on the motorcycle are even more limited, but that just means that you have to make the most of every opportunity. Brandon Scharer knows this first-hand. A former privateer racer that used to plan his program around the money in his account or the condition of his bikes, Scharer now works as a riding coach to the next generation of amateur prodigies at CLUBMX. Although the full-time job cuts into his ride time now, Scharer feels like it’s actually helped in the long-run because it’s helped him heal old injuries, analyze what others are doing, and instilled a mindset to focus on skill over speed in his practice sessions.

“We have a good agreement at CLUBMX, and for me, training everyone else comes first. I make sure they are on their A-Game, and that’s first and foremost. Then, when I have free time in the afternoon, I’ll squeeze in a little bit of riding here or there. But I don’t ride that much, maybe just a few times a month.”

“For training, I try to get in a session once a day. I’ll jump in with the morning warm-up, just to make sure that everyone is doing it right. It sets the tone for the day, but even that is limited. I try to maximize all of the time. It might not be a lot of time, maybe two 20-minute motos or one 25-minute ride to focus on technique, but once you get to a certain point in your riding, it’s more about focusing on form and recovery.”

“I was a full-time racer that was always learning as I went. The budgets and bikes I had held me back, but that turned out to be a good thing. If I had a bike problem or something happened at the race, it might have kept me from riding during the week. And that taught me to maximize every chance I had.”

“With a limited schedule right now, I know that I can’t put in a gnarly gym or ride day and be recovered to race on the weekend.”

“I’m more methodical now than I used to be, trying to be smoother in practice and calm during the races. When I was in California, since it wasn’t like we were practicing in the exact conditions we’d race in back East, I would try to find things on the track that felt like a race day, made it a point to do them right, and was smart about my riding time.”

“You have to know your weaknesses. My mine was technique; it was always horrible. And now that’s the most important thing I try to work on, and it stays in mind.”

“When I watched other guys at CLUBMX, like on the Supercross track, it started to hit me, like, “I’ve learned this same stuff, but they’re doing it a little more precise and cleaner, and that’s why they are where they are.” So I do try to watch and learn from guys.”

“Now, when I put in short practice motos, it may not be my best speed, but I make sure that the position is good with my body and feet everywhere. I will back it down if a section is sketchy but then think about finding time on the track.”