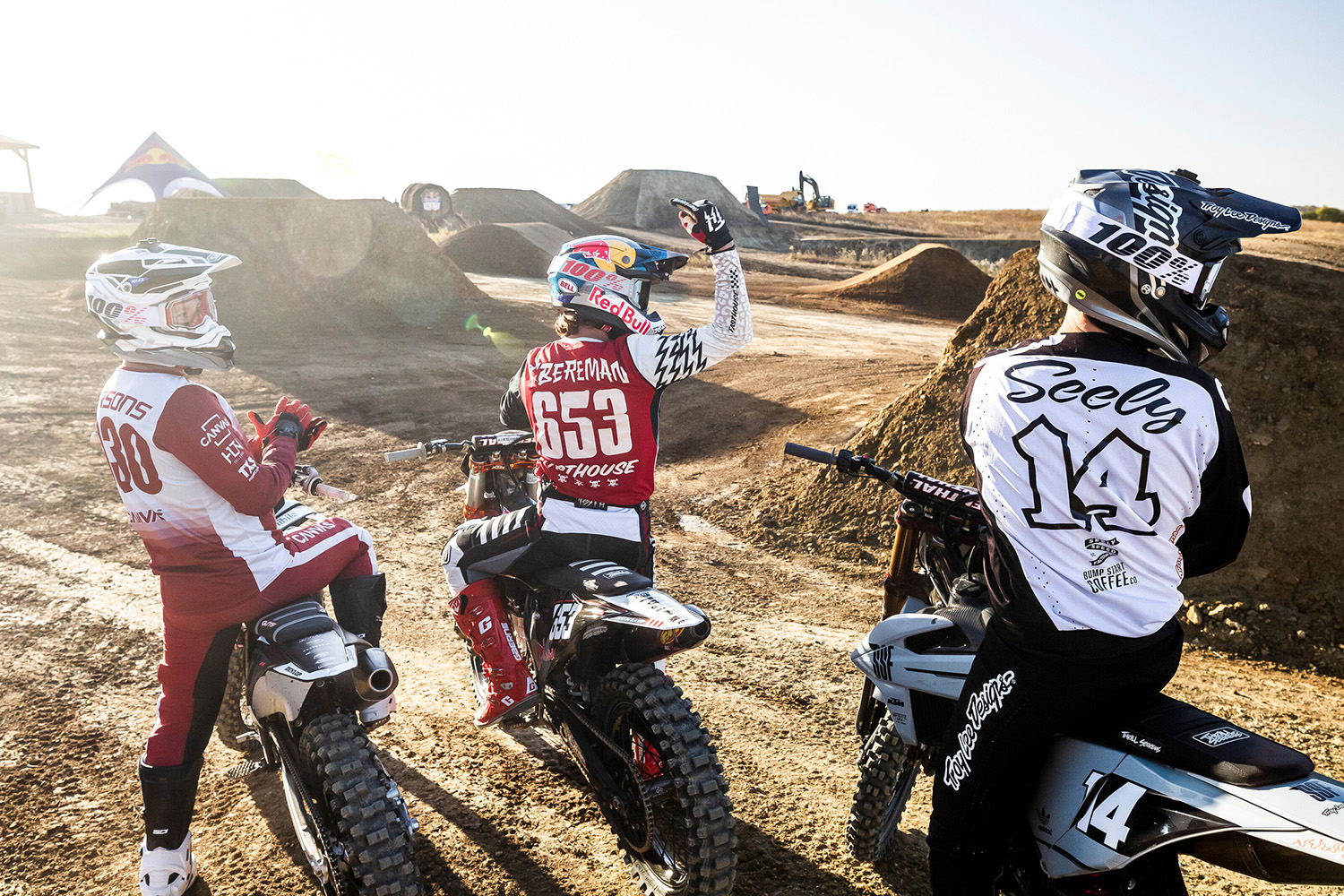 We’d heard rumblings of a project put together by Tyler Bereman, Jason Baker, and Red Bull over the last few weeks, something about an epic free ride facility somewhere in the United States that would feature some of the best man-made jumps ever, but nothing could have prepared us for what it ended up being. Called “Imagination,” the group turned a massive spread of land in Kansas into something out of a video game with hundred-foot plus jumps, blind leaps, quarterpipes, and flowing rhythm lanes, then invited some of the most talented riders on two-wheels to compete for bragging rights, and filmed it all for a three-part video series.

The course that Bereman and Baker created was brainstormed between the two and made possible with a fleet of earthmoving equipment. It took days to mark the spots, sculpt the jumps, and perfect the transitions, but once the work was done, Bereman suited up and served as the official test rider. Don’t let Bereman’s accolades as one of the best jumpers in MX fool you, because even he was intimated by a few of the leaps. A phone call to his dad before the first jump indicated how stressful the situation was, as there were no built-in bail-out lines and very little room for error.

The roster of riders involved is equally as impressive. Bereman was the ring leader of the competitor class that included Tom Parsons, Colby Raha, Ryan Sipes, Cole Seely, Vicki Golden, and Darryn Durham, a crew that all had racing experience and are known for letting loose on jumps that others would never consider. FMX icons like Jeremy Stenberg, Ronnie Renner, Robbie Maddison judged the competition, as they were well aware of the skills and bravery each rider needed to hit the jumps and saw the potential for creative lines.

Props to Red Bull for putting this together, because the videos make it clear that the energy drink company spared no expense or safety measure. Getting the site ready was clearly a massive undertaking, from the construction of the jumps to the finishing touches, and they made sure everyone on site was properly looked after with things like Eric Perronard’s management expertise, medics, and COVID-19 measures.

Take the time to watch the three videos below, which documents the effort from start to finish. We’ll warn you, video three lacked the amount of competition action we expected, but it sounds like a lot of that was saved for a Red Bull Signature Series that will air on television later this year.

Red Bull Imagination 2021 | How Was Your Week