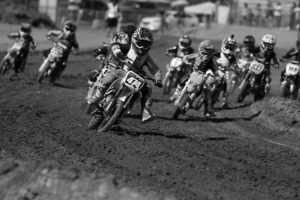 And that’s a wrap! The 2020 AMSOIL Swapmoto Terra Firma series has officially come to a close, as the series finale took place this past weekend at State Fair MX. Man, what a series it was! Thanks to everyone who came out to a round of the Terra Firma series and enjoyed a day at the races. As for the finale, round five of the series was one for the books as nearly 500 racers filtered through the gates of State Fair MX anxious to hit the dirt. With two perfectly prepped tracks and a beautiful cloudy day in forecast, round five of the Terra Firma series was the place to be this past weekend. 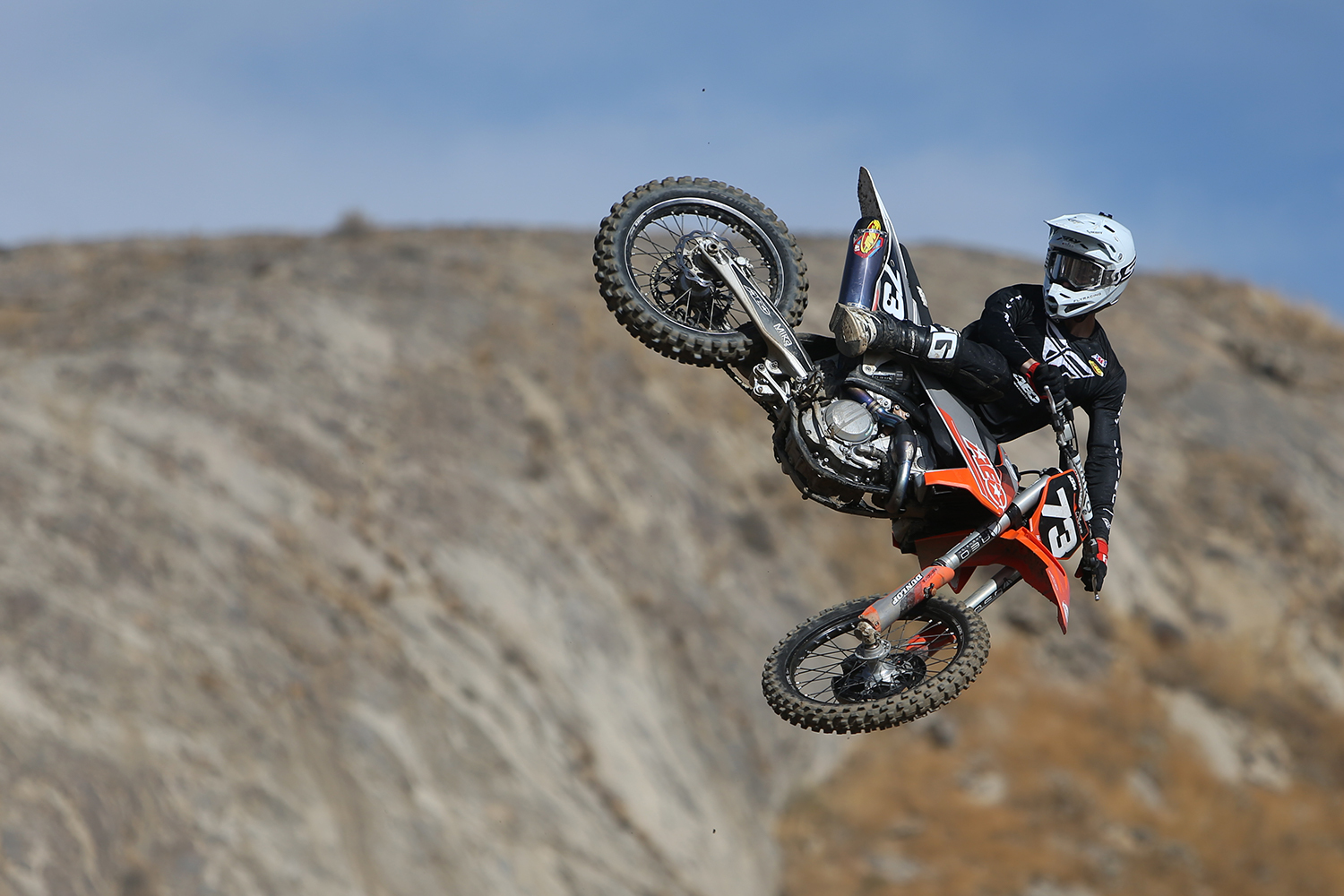 Image 1 of 2
As for the fast guys at the Terra Firma series finale, Ezra Lewis came out to round five following his solid result at the previous round of the series at Glen Helen. We saw Ezra earlier in the week at State Fair MX logging motos in preparation of the series finale, so we weren’t surprised to see him line up for both the Pro 450F and Open Pro classes. However, we were surprised to see how fast Ezra was on raceday, as he undoubtedly laid down the fastest laps of the day. Ezra checked out from the rest of the field in each of his four motos after only a few laps and seemed to cruise to his dominant 1-1 result in both classes. 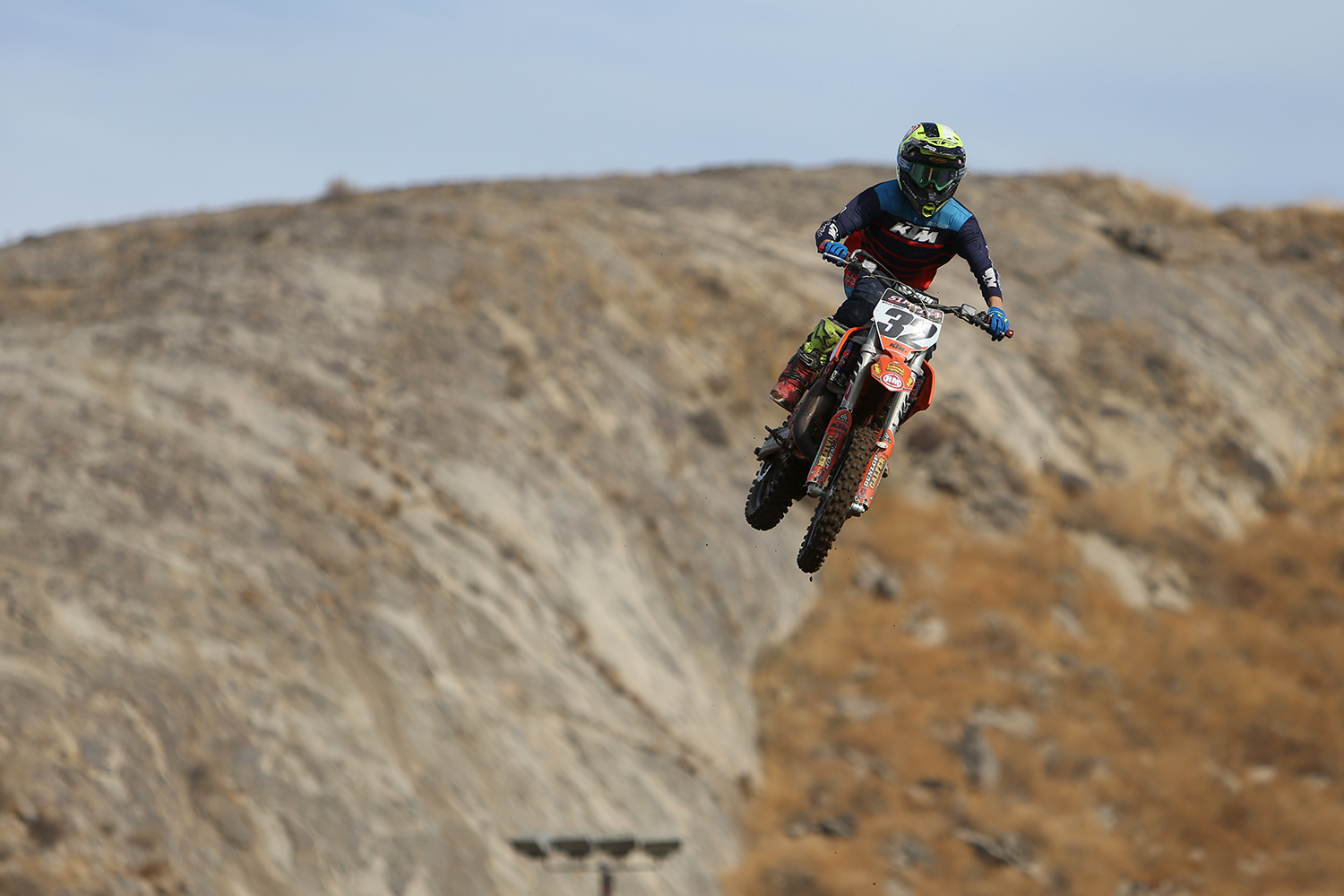 Image 1 of 2
The youngsters were once again out at found five of the AMSOIL Terra Firma series and seemed to be going faster than ever. As for the talented Open 85-150F/Supermini class, Swapmoto race series regular Myles Monty seemed to have both Motos under control, despite the 14 screaming superminis in his rear-view, as he cruised to a 1-1 performance. However, Myles didn’t stop there, as he got it done again in the 12-13 years 85/150F class. At the end of the day, Myles went home with four individual moto wins and two overall class victories!

It’s the final gate drop of the weekend! Thanks so much to everyone who came out and participated in the first ever Mini Major East! Check out the SwapmotoLive.com coverage for all out thank you and to watch the webcast back over again. Awesome weekend!

Great participation from the ladies out here at Mini Major East!

Huge thanks to the crew at @vurbmoto for coming out and supporting the riders at the first ever Mini Major East! Make sure and check their website and social media for all the coverage!!!

Tons of coverage online. If your not here you gotta see what your missing! Visit www.Swapmotolive.com and www.vurbmoto.com for the clips and pics! Don’t forget to tune in at Swapmotolive.com tomorrow for the live webcast! It’s soo good out here!

If you didn’t get your free @swapmotolive sticker kit at the gate, go by the @swapmotolivedotcom @sevenmx or @6dhelmets booth to get one!

Check out a raw video from practice day of the first ever Mini Major East by @sevenmx_ at SwapmotoLive.com. Tag yourself or if you see a rider you know!

Make sure to check out the Swapmoto Live Daily Show from the Mini Major East! Www.SwapmotoLive.com

Bikes hit the track tomorrow for the Mini Major East! Gates open at 6am. Practice starts at 8am! There is no extra fee for race Practice! Each group will have a 12 minute session and we will work through the order three times. The order will be as follows:
1) Supermini/85cc/150F Age Group
2) 85cc/150f Beginner/Novice
3) PeeWee PW/XR/TTR/CRF (no KTM’s or Cobras)
4) 65cc Age Group (No Beginners/Novice)
5) Girls
6) 65cc Beginner/Novice
7) PeeWee Age Group (No Beginners/Novice
8) PeeWee Beginner/Novice (No PW/XR/TTR/CRF).