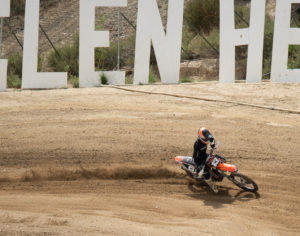 The AMSOIL Swapmoto Race Series rolled into Glen Helen Raceway this past weekend for round three of the West Coast Open series. Cloudy skis and an early light drizzle made for epic conditions, as both tracks had been prepped to perfection by the crew at Glen Helen Raceway. Nearly a thousand racers filtered through the gates of the San Bernardino, CA facility for an exciting day of racing. Round three of the AMSOIL West Coast Open series was definitely one for the books and we look forward to continue the series this coming weekend at Perris, see you there!

Along with the series regulars, many first-timers made their Swapmoto race series debut at Glen Helen. The AMSOIL West Coast Open series also saw some heavy hitters this past weekend, as Team Green’s Gavin Towers came out to play in the Intermediate(B) class. Tyson Johnson also ventured out to Glen Helen Raceway to log some gate-drops in before lining up for the 2021 Pro Motocross season. That being said, the racing in each and every class offered some great entertainment throughout the day and we are excited to see what round four brings this Sunday.

Mini Major East by @sevenmx_ is coming to @monstermountainmxpark Sep 10-12 and we have just opened pre registration! Lots more info and a full post on the Swapmotoraceseries.com site tomorrow! It’s going to be epic! #minimajoreast ...

Check out this post from our friends @glenhelenraceway and make sure you know how to get in July 12-24. 👍 ...