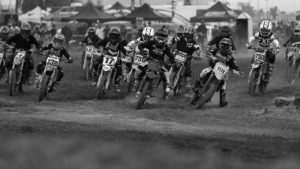 And that’s a wrap! The AMSOIL West Coast Open Race Series is officially in the books, as we rolled into State Fair MX this past weekend for the series finale. We were welcomed by an uncharacteristic cool and cloudy day which, paired by two perfectly prepped tracks by the crew at State Fair MX, made for an epic day at the races. Hundreds of racers filtered through the gates of the Perris, CA facility for one last day of racing in the West Coast Open series. The AMSOIL West Coast Open series was another one for the books, and we look forward to kicking off the Terra Firma series in just under a month at Glen Helen Raceway. See you there! 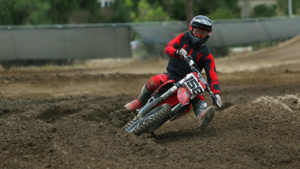 The Trans-Am Vet Classic is less than a week away, and it’s safe to say the hype for vet racing is at an all-time high. Jason Potter made an appearance at the West Coast Open series finale and we suspect it was to log-in a few gate drops before next weekends event. If our hypothesis renders true, the rest of the 30+ Pro guys should be slightly worried, as Jason was hands-down the fastest vet on the track at State Fair. Not only did Potter race his GasGas to the overall victory in the 30+ Pro class, but he then went on to take the win in the Pro Open (125-450) class. See you next weekend, Jason! 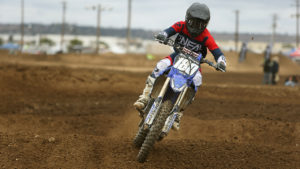 The intermediate classes are always entertaining at the AMSOIL Swapmoto race series, as they hold many of the fast up-and-coming talents of the series. In fact, it isn’t too rare when a racer in an intermediate class sets the fastest lap times of the day. The Intermediate 250F class, in particular, held some exciting racing at the West Coast Open series finale. Despite the competitive field, Riley Morgan managed to end the day out on top after some solid starts and quick laps. Riley then went on to repeat his success in the Open Non-Pro class where he again finished the day out on top. Well done, Riley!

Huge Power! Since 1973 @fmf73 and Don Emler started in the grassroots of our sport and now close to 50 Years later the Flying Machine factory is known as the #1 Dirtbike exhaust in the WORLD. FMF is proud to support the Mini Major Nov. 4-7 and the future of our sport. Never know who the next FMF Champion could be!!!

Alright everyone! Just over a month away and overnight parking spots open today at noon! Click the link in our bio! Each space is marked out 20x60. 30 more spots this year on asphalt! Don’t delay! Pre register at Swapmotoraceseries.com and save $10 per class! Let’s go Mini’s!