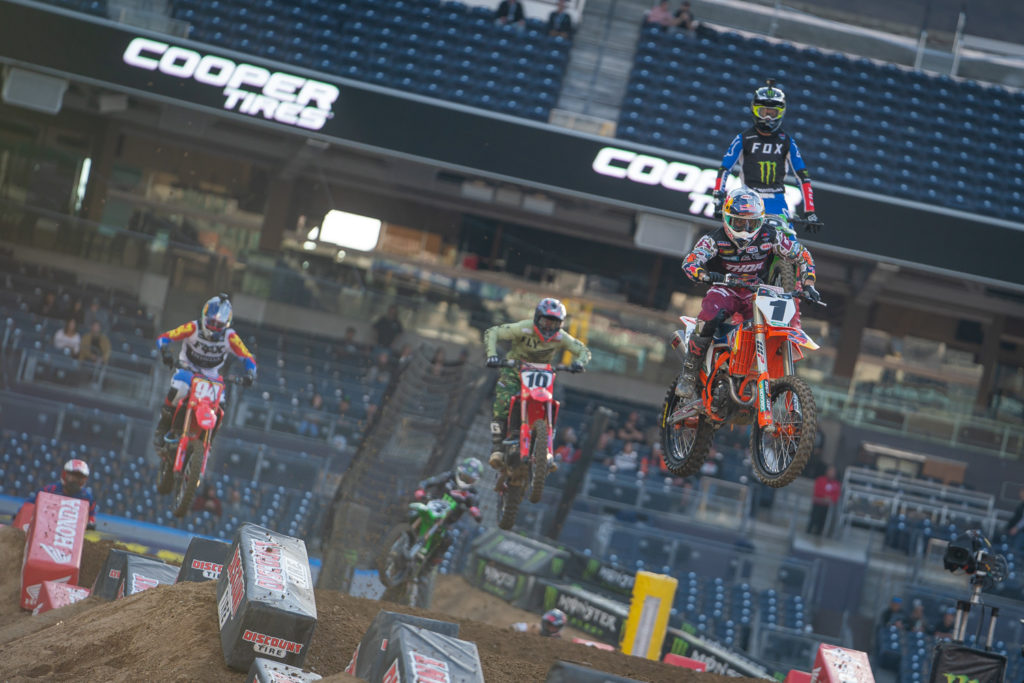 Copy-paste what we’ve said for the past five weeks: Dylan Ferrandis and Adam Cianciarulo were the fastest riders in their respective classes during the qualifying portion of the 2020 San Diego Supercross. Riders spent the afternoon learning the flow of the quick course built inside Petco Park for the sixth round of the 2020 Monster Energy Supercross Series, and by the end of the sessions, it was the same duo at the top of the scoreboard. Don’t think that means we’re in for a boring night of racing. As you see in the final timed sheets below, the pace is close and there will be a lot of laps in the Main Events. 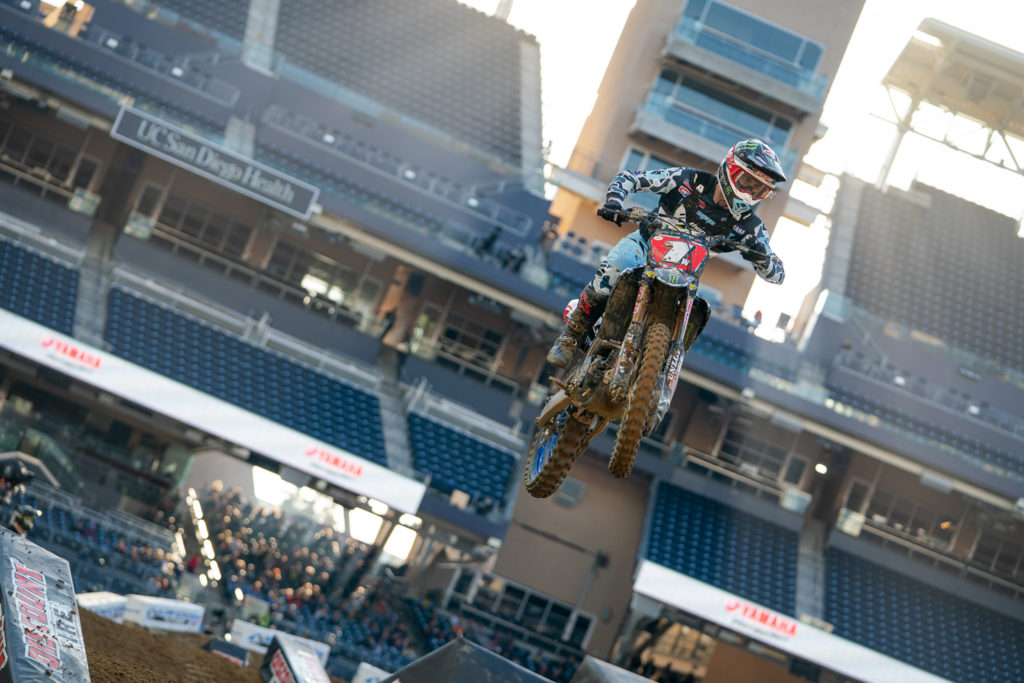 Ferrandis wasn’t just the fastest rider in the 250 class; he was the only rider to log a lap in the 48-second range, which made him the fastest of the entire combined field. The Monster Energy/Star Racing/Yamaha rider was the first to dip into the 49-second mark during the first practice, then got even quicker as the day went on. In the end, a 48.991 was his best time.

Austin Forkner kept things interesting during the final practice session, as he held the top spot for a few moments and looked poised to snap Ferrandis’s ongoing streak. Alas, the Monster Energy/Pro Circuit/Kawasaki rider’s 49.228 lap put him second overall. Forkner was the only 250 class rider in the 49-second range.

Justin Cooper again proved that there is an elite three in the 250 West Coast region and with a 50.331 time, the Monster Energy/Star Racing/Yamaha rider was third overall.

Brandon Hartranft is starting to get the hang of putting in a single fast lap and a 50.738 put the Troy Lee Designs/Red Bull/KTM rider fourth in the class.

Michael Mosiman is back in action after his Oakland crash and it doesn’t seem like the Rockstar Energy Husqvarna Factory Racing rider is feeling any lingering effects. With a 50.799-second lap in the final session, Mosiman ended the afternoon fifth overall. 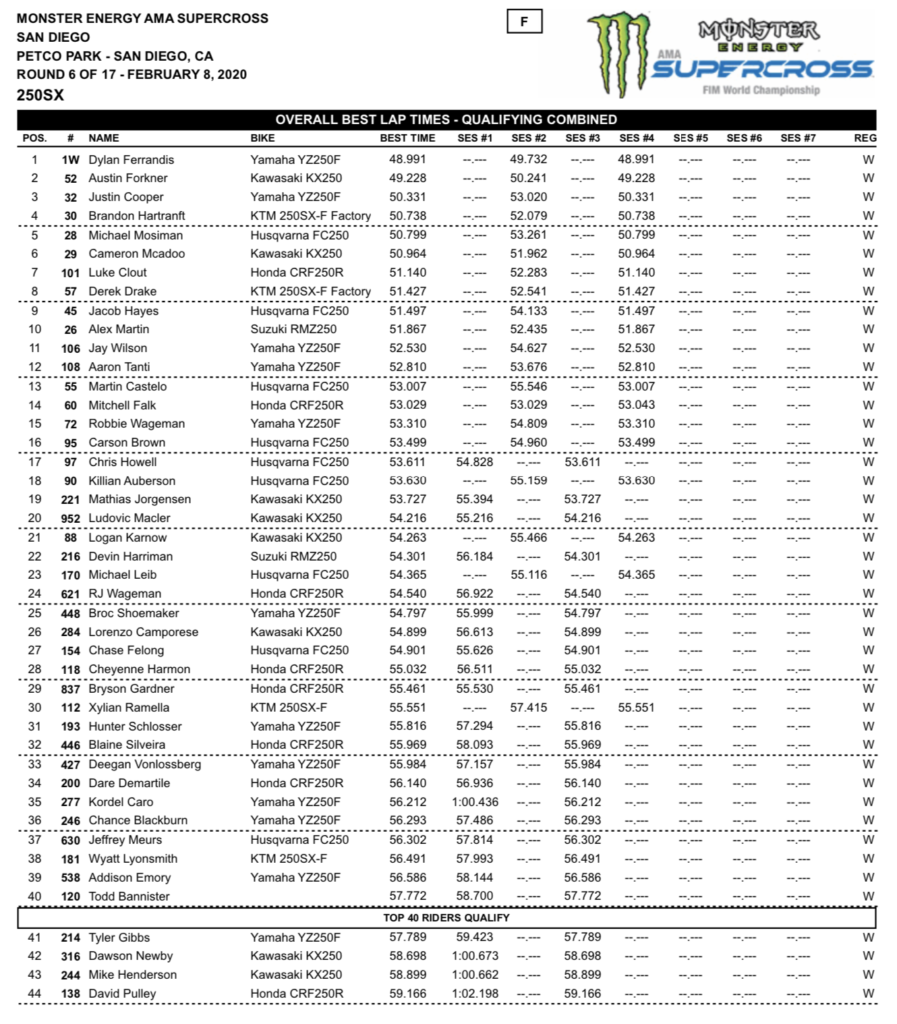 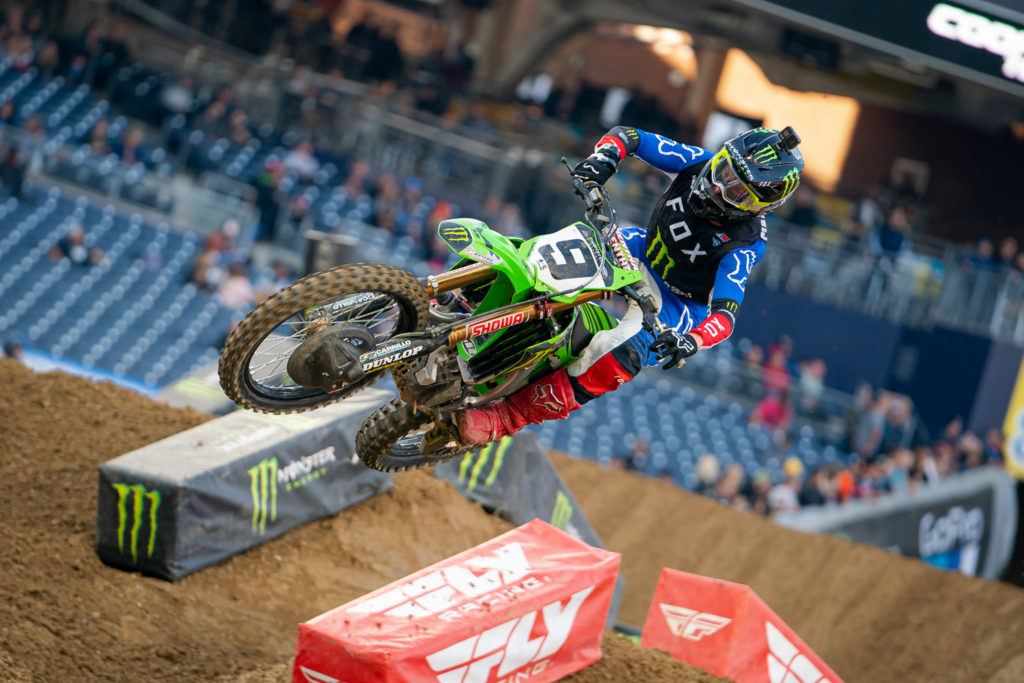 Like Ferrandis, Adam Cianciarulo extended his streak of top honors to another week, but it an all-day top spot takeover for the Monster Energy Kawasaki rider. In fact, AC was only fifth-fastest in his class during the first session. He picked up the pace as the day continued and a 49.024 in the final session put him back in pole position. Will Cianciarulo be able to carry this into the East Coast swing?

Eli Tomac was near the top of the board throughout the afternoon; the Monster Energy Kawasaki rider was third fastest in session one, then upped his speed in the second session. A 49.494 lap was Tomac’s best and it put him second overall on the sheets.

Jason Anderson continues to improve his rank in the series with every week, a trend that continued in San Diego. The Rockstar Energy Husqvarna Factory Racing rider is one of the best in the class on hard-packed soil and it showed in his 49.551 lap time, which was third-fastest of the field.

Who was fastest in that first timed session? Defending champion Cooper Webb. The Red Bull KTM rider was wasted no time getting into his flow and was at the top of the board for his efforts, a sign that he’s coming into his own as the season continues. He found more speed in the final session and put in a 49.556, which was ultimately fourth overall in the class.

Blake Baggett has been very fast these past few weeks, but crashes have kept the Rocky Mountain ATV-MC/WPS/KTM rider from getting the results that reflect it. A 49.577 lap was Baggett’s best, and fifth-fastest of the 450 class.

A couple of things to note…

– The top eight riders in the 450 class all put in 49-second times, but only four riders were able to dip below 50-seconds multiple times: Cianciarulo, Webb, Baggett, Roczen.

– Although Chad Reed was 26th overall in qualifying, it remains to be seen if the multi-time champion will race or not due to his ongoing rib injury.

– The first baseline has a few different jump combinations for the 450 class. A few riders started the day going 2-3-4 through the section that offered little room for error, but by the second practice, others were trying a 3-3-3 down the lane. 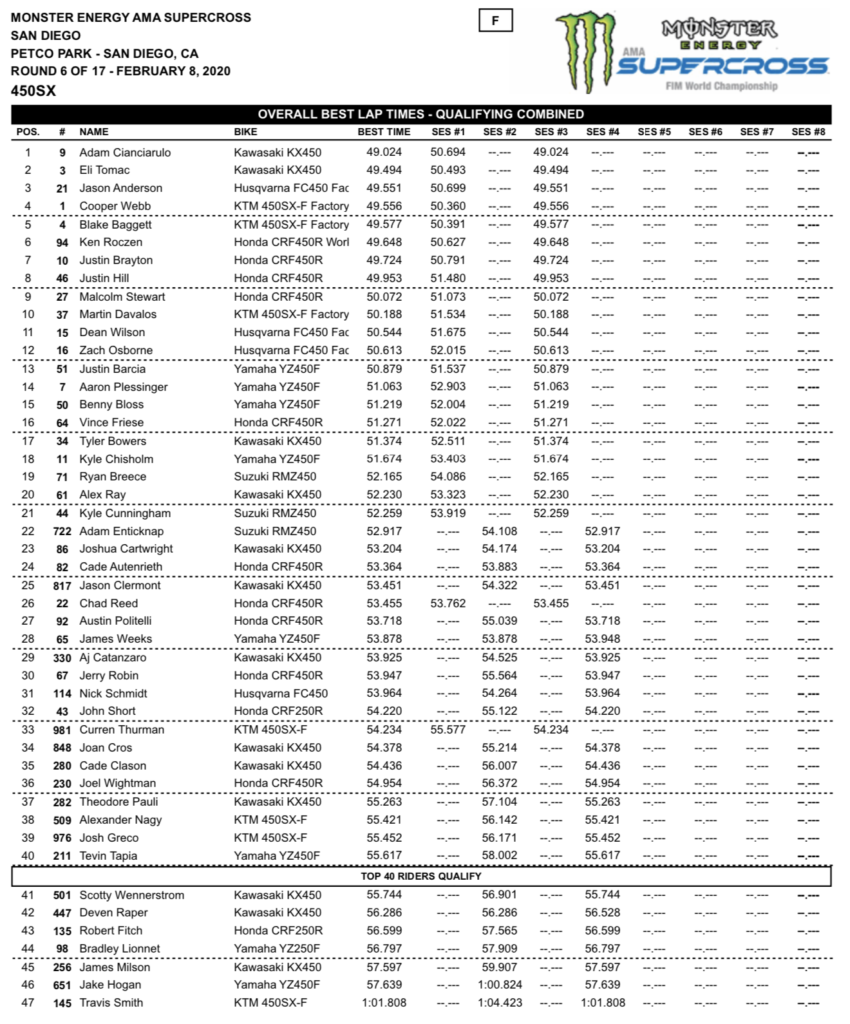