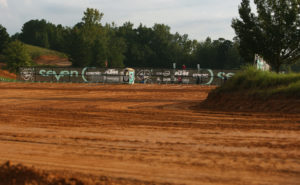 The second annual Mini Major East, presented by Seven MX, is officially in the books, as the three-day event dedicated to youngsters went off this past weekend at Monster Mountain MX Park. We saw plenty of exciting battles through-out the two days of racing, from pee-wee’s to supermini’s, each and every class delivered in action. We were trackside sunrise to sunset to both capture and witness the activities, and after taking photos of all 29 individual classes; we can safely say the future of our sport is looking bright. Just incase you missed out on this years Mini Major East, we’re going to do our best to highlight some of the youngsters and their stand-out rides.

Tyler Mollet joined us for the second time at the Mini Major East, and he’s only gotten faster since we last saw him take the checkered flag at the 2020 event. This year, Tyler laid down arguably the fastest lap-times of the event aboard his Husqvarna supermini and raced his way to quite the impressive results sheet. At the end of the two-days of racing, Tyler had won every moto he lined up for and dominated in all three of the Supermini classes. After making his way to the front in each of his 6 races, Tyler completely checked out from the rest of his competition, often finishing 30+ seconds ahead of the next rider.

Check out this youngster’s Style! Gavyn Welzien and his family made the trip out from Orlando, FL to Monster Mountain MX Park for the 2021 Mini Major East and were greeted with quite the surprise from Seven MX’s Roger Larsen. Upon arrival, Roger told Gavyn to pit out of the Rides Unlimited Racing Semi at the top of the hill and, as you can imagine, Gavyn was stoked. The factory appearance seemed to have worn off on the young rider, as when it came to his motos, Gavyn was often at the front of his class. The Seven MX supported rider raced his way to 6 moto wins in the Pee Wee classes, sweeping all 4-6 years age group races. Results aside, Gavyn first caught our attention with his stylish form on the bike. It’s not often that we see a racer with that much style at such a young age, but man does it make for some cool photos.

Reigning Mini Major East Champion and assumed favorite for the 2021 event Drew Adams, made an appearance at Monster Mountain MX Park. Although, his time on the bike was unfortunately short-lived, after a bike-problem turned ugly on the third lap of his first moto. After practice, we were looking forward to watching Drew toss some more whips and win some races on his Team Green supermini, but the nasty endo landed him in the hospital with a fractured T8 vertebrae. However, Drew managed to get out of the hospital and come out to spectate the second day of racing, back brace and all! Drew even snuck in a couple gate-drops of holding the 30-second board. Heal up, Drew!

Some of our favorite Mini Major memories come from the activates and races held in the evenings following the main schedule. For 2021, the Mini Major East capped its days of racing off with a Father/Son race, where both the parent and child had to race on the kids bike, and then a Stacyc Gromcross event the following night. Once again, the post-race activities gifted us with some fun memories, I mean, who could forget watching retired Chad Reed race an 85.

Everything Mini Major West by SEVEN 2020