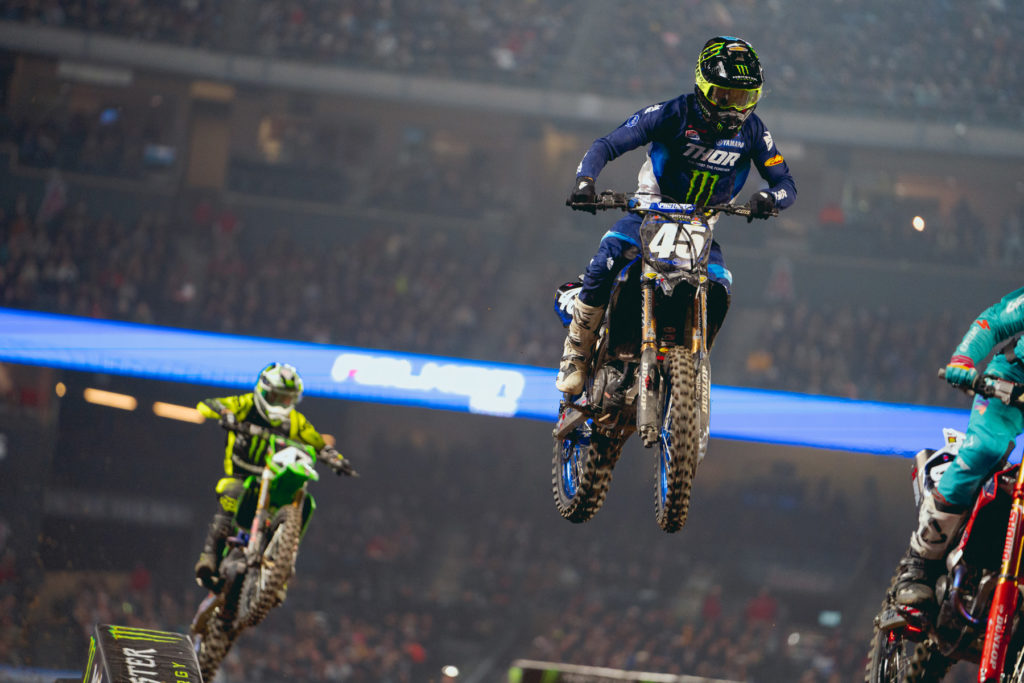 Monster Energy/Star Racing/Yamaha has confirmed that Colt Nichols suffered injuries to both arms from a crash at the 2022 Anaheim Supercross, an issue that will require immediate surgery. The reigning 250 East Coast champion went down in the whoops while leading 250 Heat One and was caught under his bike after hitting the ground. He was quickly tended to by the Alpinestars Mobile Medical crew, but was unable to be taken away from the track until the end of the race. Early word was that Nichols suffered burns and a puncture to his hip in addition to the arm injuries, but this was not mentioned in the team’s announcement.

The team has stated that Nichols will undergo surgery on Sunday to help repair some of the damage and that further details will be released in the coming days.