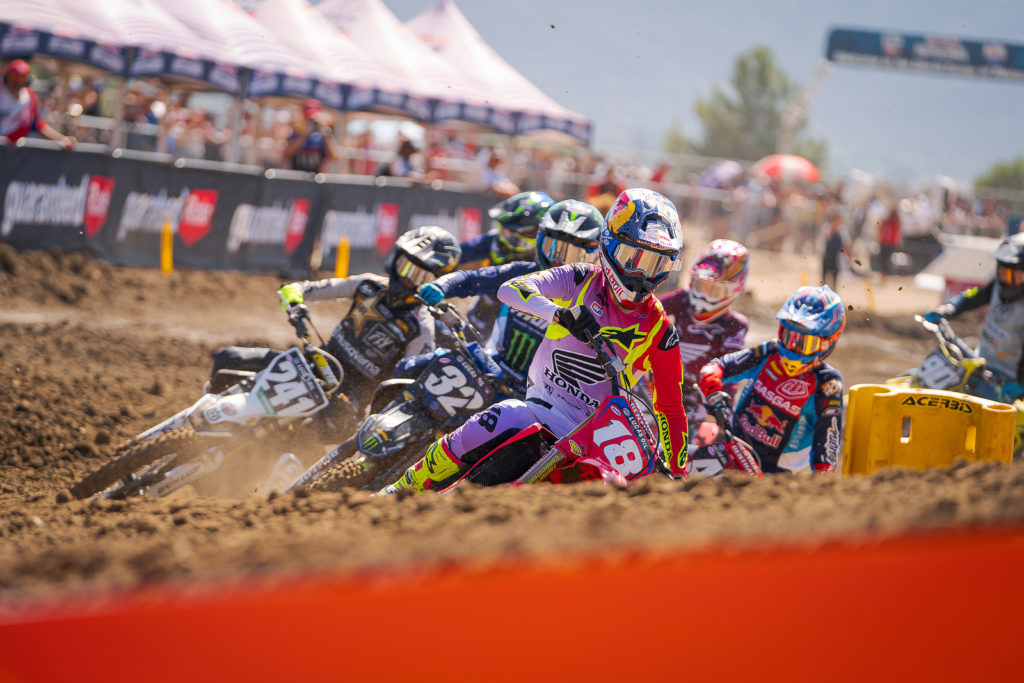 MX Sports Pro Racing has announced the 2022 Lucas Oil Pro Motocross Championship schedule, a twelve-race tour of iconic tracks in the United States that will run from Memorial Day to Labor Day. The series will begin its fiftieth year of organized MX competition with the 2021 Fox Raceway One Motocross on Memorial Day weekend, spend the Fourth of July weekend at the 2021 RedBud Motocross, and conclude with the 2021 Fox Raceway Two Motocross on Labor Day weekend.

The route is similar to the 2021 plan, with a mix of back-to-back races and multi-week breaks that will demand the best from riders. Changes to the Fox Raceway and Hangtown dates are notable, as the circuit at Pala will host the first and last races, while the Sacramento trip will be for the second round. Many of the tracks will keep their preferred dates, including High Point on Father’s Day, RedBud on the Fourth of July, Washougal in late July, and Unadilla in mid-August.

Jett Lawrence and Dylan Ferrandis will defend their hard-earned 250 and 450 Class titles against entry lists that will include past champions, moto winners, and emerging talents.

More details about the 2022 Lucas Oil Pro Motocross Championship, including the continuation of the Amateur Moto Combine program and television broadcast information, will be announced in the coming months. 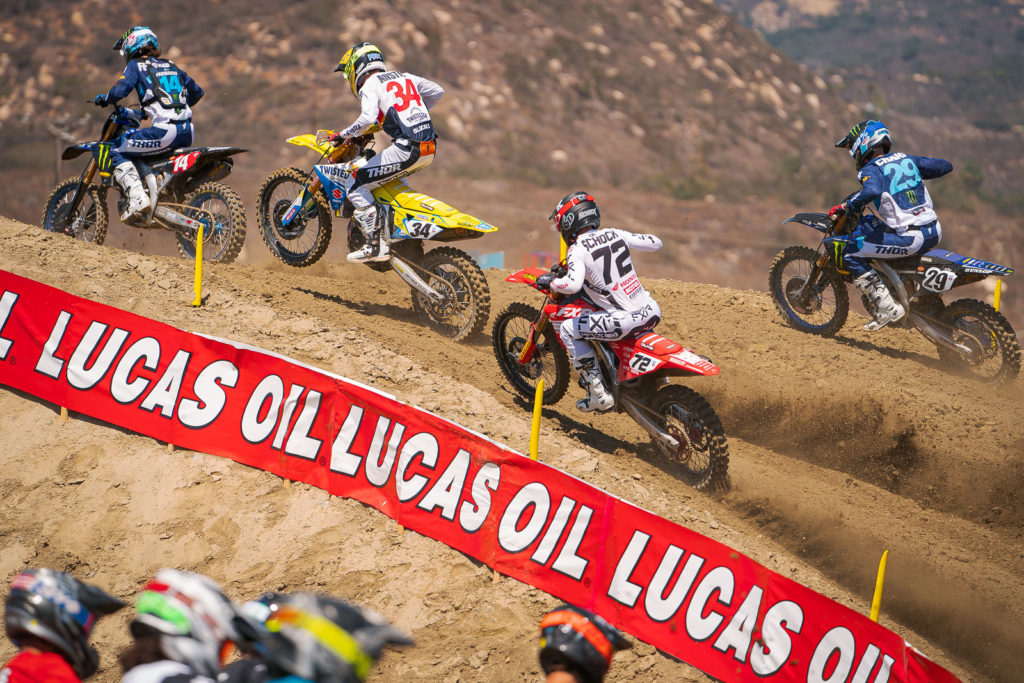 MX Sports Pro Racing has unveiled the 12-round schedule for the landmark 50th Anniversary of the Lucas Oil Pro Motocross Championship, sanctioned by AMA Pro Racing. The 2022 “Golden Season” of the world’s most prestigious off-road motorcycle racing series will kick off and conclude during the holiday weekends that signify the proverbial beginning and end of summer, starting with Memorial Day, in May, and finishing over Labor Day, in September.

“This is arguably the most significant season in the history of American motocross,” said Davey Coombs, President of MX Sports Pro Racing. “If we’ve learned anything over the past two years it’s that nothing is given, but through so much uncertainty our sport has continued to bring joy, excitement, and compelling drama to those who share in the passion for motorsports. With our 50th Anniversary upon us, we hope to begin what feels like a new era and a fresh start of sorts for the Lucas Oil Pro Motocross Championship. One that will see a return to fan-filled paddocks and the kind of up-close-and-personal atmosphere that has allowed our sport to stand alone in terms of accessibility.”

The 12-round championship will once again travel to 10 different states on its journey to crown a pair of AMA National Champions, extending the legacies of the world’s most storied venues into the series’ fifth decade. The battle for the Edison Dye and Gary Jones Cups will begin in a familiar place, on May 28, from the heart of the industry in Southern California for the Fox Raceway I National.

The first month of the season will also feature the iconic Hangtown Motocross Classic, on June 4, in Northern California, followed by the annual mile-high visit to Colorado on June 11 for the Thunder Valley National. The sport’s Father’s Day tradition at the High Point National will signify the first East Coast round on June 18 in Pennsylvania.

After the first of two breaks in action over the course of the season, the world’s fastest riders will return to the track on July 2 for one of the biggest Independence Day traditions in all of sports, the RedBud National in Michigan. The halfway point of the 2022 season will descend on the famed sands of Massachusetts’ The Wick 338 for the Southwick National, on July 9, while the second half of the championship gets underway on July 16 in Minnesota with the Spring Creek National. A second foursome of events will conclude with a return west on July 23, where the scenic Pacific Northwest is home to the Washougal National.

The championship’s final break in action will precede a four-round stretch run to end the season, beginning on August 13 with New York’s legendary Unadilla National. A trip just outside the nation’s capital awaits on August 20 with the Budds Creek National in Southern Maryland, followed by the penultimate round on August 27 in motorsports-crazed Indiana for the Ironman National. The summer will draw to a close where it began, in Southern California, on September 3 with the Fox Raceway II National.

Following a historic season in which international riders captured both the 450 Class and 250 Class titles for the first time, France’s Dylan Ferrandis and Australia’s Jett Lawrence will lead the way into the 50th Anniversary campaign as defending champions. This charismatic duo are two leaders amongst an unprecedented depth of talent currently competing in American motocross, which sets the stage for what is poised to be a memorable summer befitting of such a landmark season.

“For five decades we’ve had the privilege of watching the world’s finest motocross talent do battle in the sport’s most coveted championship series right here on American soil,” added Coombs. “The record books of the Lucas Oil Pro Motocross Championship represents a who’s who of off-road motorcycle racing and tells the story of the pioneering legacy of the riders, manufacturers, and racetracks that helped make the United States the epicenter for both amateur and professional motocross. We cannot wait to see what the next 50 years have in store.”