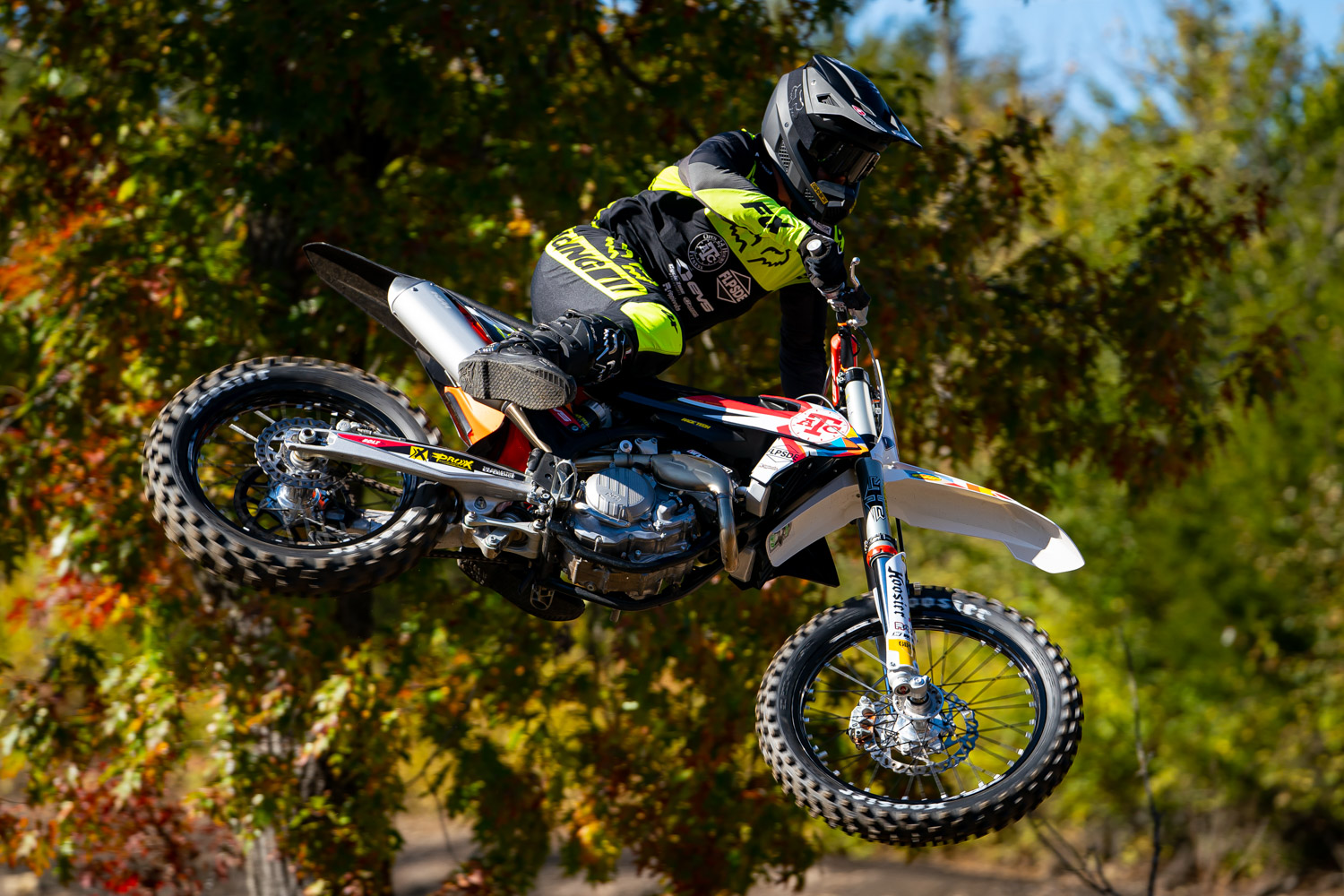 Motocross and music are like Forest and Jenny. It’s been since 1995 that I’ve been listening to punk rock, although at first, it was not by choice. Initially, I would be glued to the tube watching flicks like Fly, Terrafirma 2, Crusty Demons, and the associated titles. Those full-lengths are scored to cuts that still stand against time 25 years later. Anton and I have had three and four-hour phone calls talking about strictly-irrelevant bands that have been thrown to the wayside, yet live on in the ears of motocross racers and action sports fans as a collective unit.

What I call punk rock is more of a mindset than it is a genre-specific sound. I’ve referenced this before, but motocross sits on the corporate end of rebel and not the rebel end of corporate. Moto, at its core, is full scale against the grain. Yeah, I get bummed out when loose program companies promise one thing then deliver another (or nothing at all) or when structure seems to be a figment of imagination more than it is an implemented system. However, I can usually remember to forgive because everyone in an industry position grew up idolizing the shenaniganery depicted in Moto XXX. The black socks and flat bills generation of the industry have smoked themselves out of positions of influence and now my generation has put down the PS2 controller and picked rider support and marketing director positions throughout.

The corporate end of the rebel will continue to develop new technologies, like twisting removable outriggers on the Fox Vue goggle, develop tires that handle best with 16psi like the Hoosier, or self engaging holeshot devices akin to ProTaper’s SELA. These technologies and new paradigms that are being introduced into the catalogs are developed by individuals that once wore Osiris D3’s with a Bieberesque swoop hairstyle.

I went a different route than most when it was Moto Career crunch time. At 16 I started getting into metal and hardcore bands like Throwdown, Eighteen Visions, Norma Jean, and Everytimeidie. The punk rock royalty that I learned to love from moto videos like Pennywise and The Offspring stayed in my rotation, but the absolute chaos of live hardcore shows and floor shattering mosh pits were a place where I felt more at home than I did at the motocross track.

Later in my teens, I had all but checked out on moto. It seemed so corny and dorky through the lens of my super elitist teen angst and everyone at the track were bumpkins with poor taste. By 20, I was a full-throttle hardcore kid working for local bands like Snake Eater and Thunder Eagle, earned my merch-guy stripes that later helped me get picked up by Orange County hardcore powerhouse Stick To Your Guns.

For one whole autumn, I lived the tour life. Locally, I had weekend-toured with the Snakes for a few years, but this was the big show: STYG was billed as co-headliner with As Blood Runs Black for a full US and Canadian run. Direct support on the ticket was Attila, For The Fallen Dreams, and Close Your Eyes. I was given a salary of $65 a day plus tips to run the merch operation that would average $1,500 worth of T-shirts and hoodies in a night while I would bank about $150 in cash tips. Some of the things I learned on the road as a merch guy came in hand during the negotiation tactics with ATC/FLPSDE racing’s partners.

An honorable mention about this part of my life is that when Guitar Hero was the gold standard of social video gaming, I sold my XBOX 360 for a real Ibanez and Line 6 amp. I learned how to play guitar, which in the punk rock realm is not the hardest thing to do, and although I had never performed live at that time, I knew my way around a 6 string.

When the tour headed into Canada, Attila’s vocalist couldn’t make it into the country because of a DUI charge and the only person that knew all the words to their songs was their bassist, Chris. I connected well with these guys in Attila on the tour and through the casual tour-conversations one has before the show’s doors open at 6, they learned I was handy with a pick. The plan was devised and for four nights in Canada, without any organized practice (I listened to the album they were touring off of for memorization), no time on a bass guitar or experience on a stage, I was propped up as their low end. It worked. I passed as a bassist, and the memory lives on forever of playing in front of thousands of Canadians.

Circling back to today in the fall of 2020, I am preparing to head out on tour once again. Instead of a trailer full of musical equipment, we’ll have a Transit loaded with motorcycles and promotional material for the ATC team’s partners. Cody Clark, an old 80cc hotshot from Kansas, called yesterday looking for a place to find Fox youth gear and when the conversation turned to the team, he asked a very Cody question: “Who let you start a team?” I laughed and answered that the whole program is all my idea.

His question made me think this morning as I made my Gimmick. “Really, who let me start a team?” Nobody! The rationale of needing permission to start such an enterprise interests me none. I grew up watching Jeremy McGrath flying through the air dubbed with Face To Face’s punk rock anthem Disconnected. I need permission from no one.

Is this team my first “I am man, hear me roar” move? Not sure, but I can stamp that like much of my fellow enthusiasts finding their groove professionally through the industry, the streaming app is cranked to 11 with Down By Law or Lagwagon, and we will not accept the now stale tactics of the old guard.