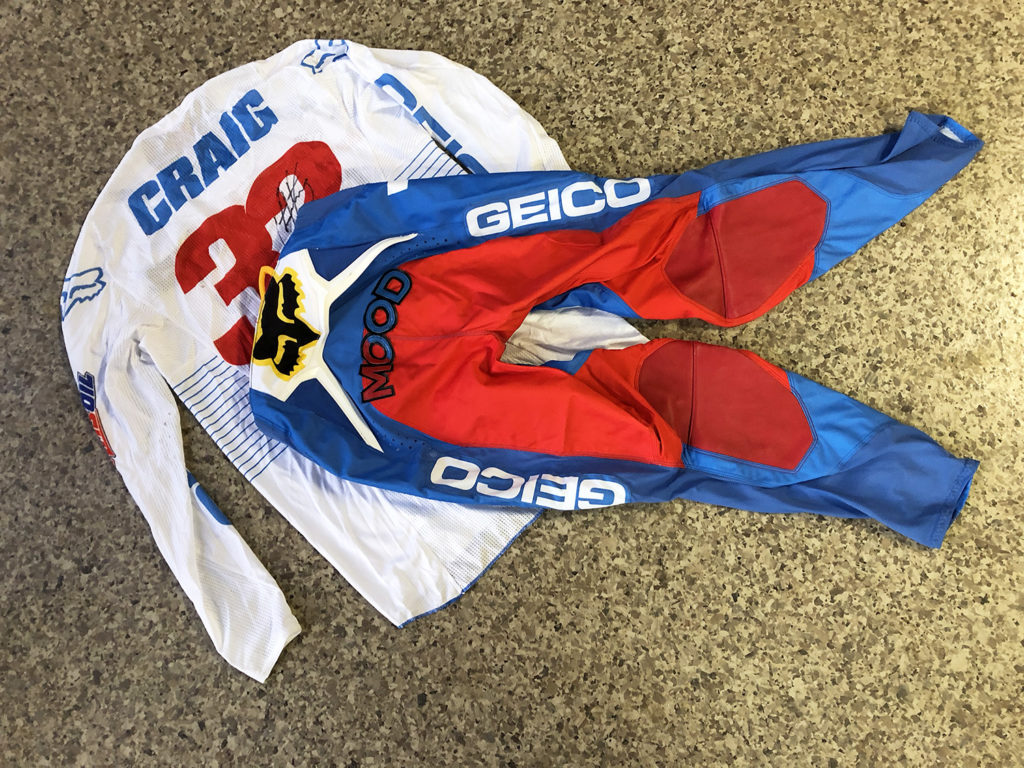 In 2018, GEICO Honda’s Christian Craig was drafted up to the Honda HRC Factory 450 team to fill-in for his friend Cole Seely who suffered horrific injuries at the Tampa Supercross. Mounted aboard the CRF450R, Craig turned in many impressive finishes in the closing rounds of that year’s Supercross series and it was obvious that he was a great fit on the larger machine. Entering the 450 Nationals, I really looked forward to seeing what he would do in the great outdoors and I think there were many others who considered CC a dark horse in the premier division. In 2018 the GEICO Honda squad made a mid-season switch to Shift MX when Alias MX closed its doors, but because he was moved up to the 450 team Craig was signed to wear FoxRacing apparel alongside Team Honda HRC and Fox teammate Ken Roczen. “I’ve always wanted to wear Fox,” he said. “And now I get to spend the summer in it.”

The guys at Fox Racing are known for making cool one-off butt patches for their racers, and at Glen Helen, Christian showed up with “MOOD” on his pants, in the same font and color as the Instagram sticker. He was calm, cool and collected as he went through the morning practice sessions, and confident as he lined up for the first moto of the season. After finishing a conservative eighth at the Hangtown season kickoff one week earlier, Christian seemed poised for a breakthrough result at Glen Helen. 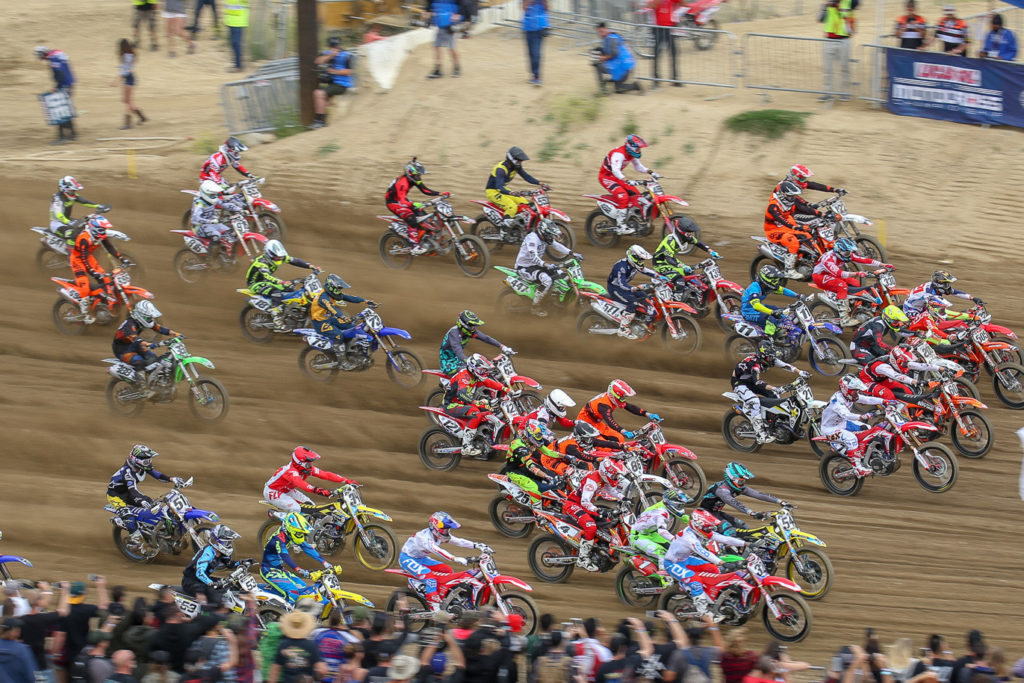 At the drop of the gate in moto one, Craig rounded turn one with the lead, ahead of his teammate Roczen and the other 38 racers. Sadly, it was a brief moment of glory, as he landed in a slick spot two-thirds through the opening lap and crashed. In the process, he tore his ACL and saw his entire summer with the Honda HRC team come to an end, two motos and two-thirds of a lap in. I managed to catch up to Christian just before he and his family left the track. Understandably disappointed, there was no consoling my friend and I was sick to my stomach for him. 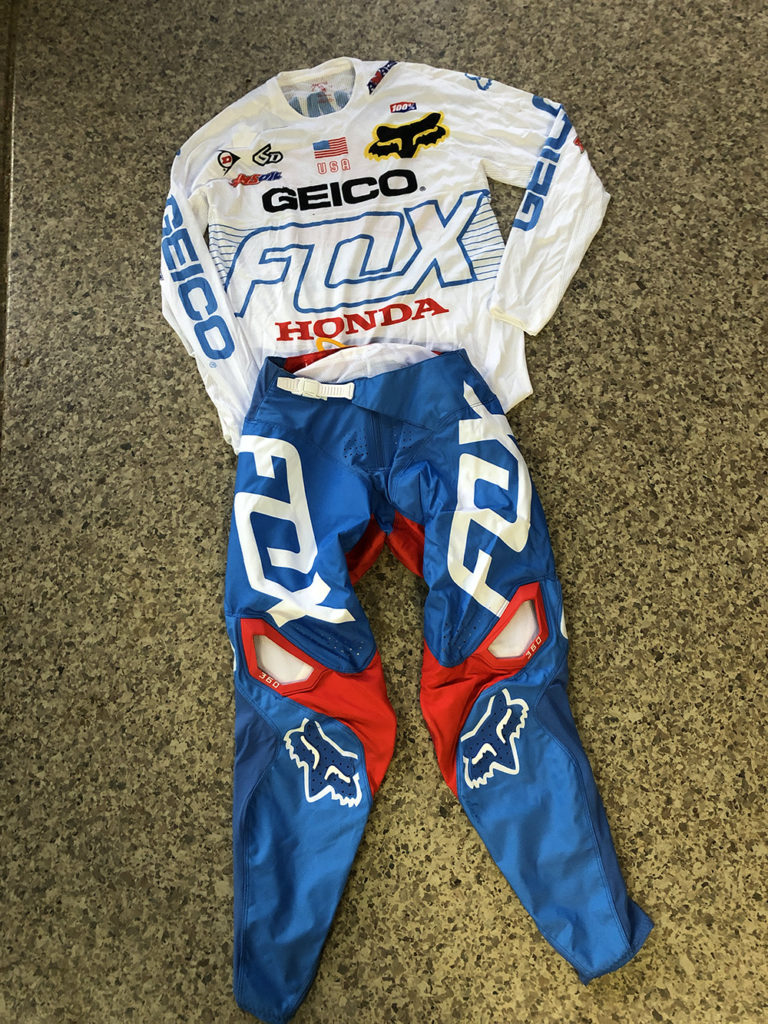 I believe Fox gave Christian three complete sets of his custom red-white-and-blue gear for Glen Helen, and I picked up the third unused set from the semi after he left. Funny how the “MOOD” butt patch took on a whole different meaning when he was injured…

This weekend, Craig returns to Glendale, Arizona, for round four of the Western Regional 250 Supercross Championship series. In 2016, Craig earned his first and only Supercross win at this same venue, edging out eventual series champion Cooper Webb in the process. Let’s hope that lightning strikes twice…it’d be great to see him stand atop the podium with a big smile on his face again. 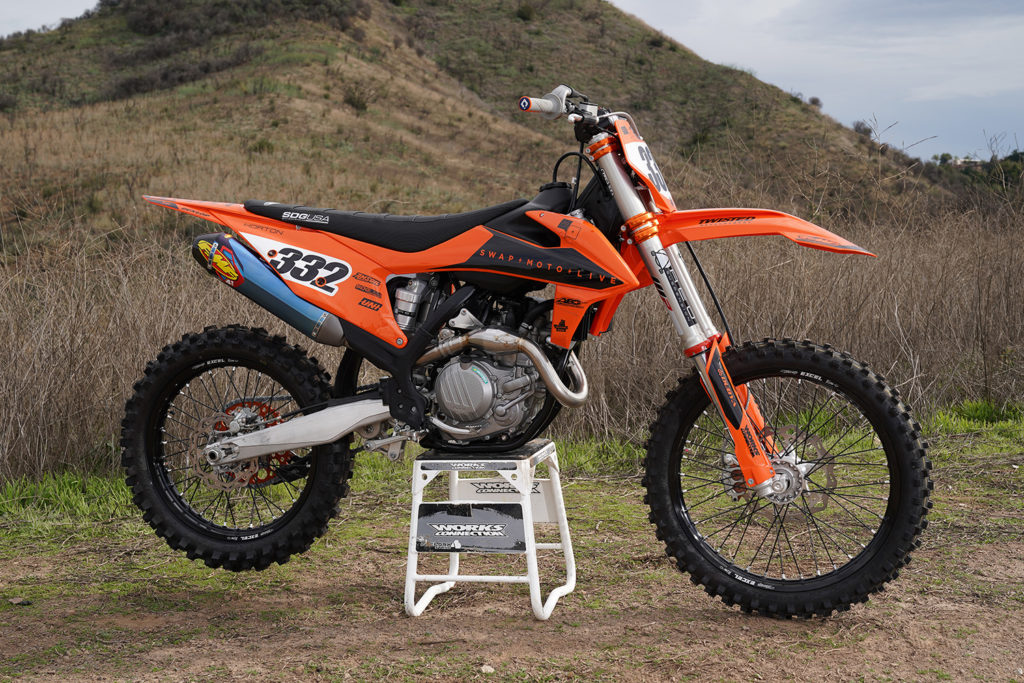 Our 2020 KTM 450 SX-F was in need of a facelift, so we asked Jared Hicks and the BYD crew to make us a simple, eye-catching kit for the big orange bike. Our SX-F is all orange as we installed an Acerbis plastic kit that eliminated the white body panels. Combined with the BYD kit and SDG USA seat cover, it is a striking package!

Orlando One Supercross | How Was Your Weekend
Donn Maeda February 15, 2021

2021 Indianapolis Three Supercross | How Was Your Weekend
Donn Maeda February 8, 2021

Orlando One Supercross | How Was Your Weekend

Checking in with Wil Hahn

2021 Indianapolis Three Supercross | How Was Your Weekend