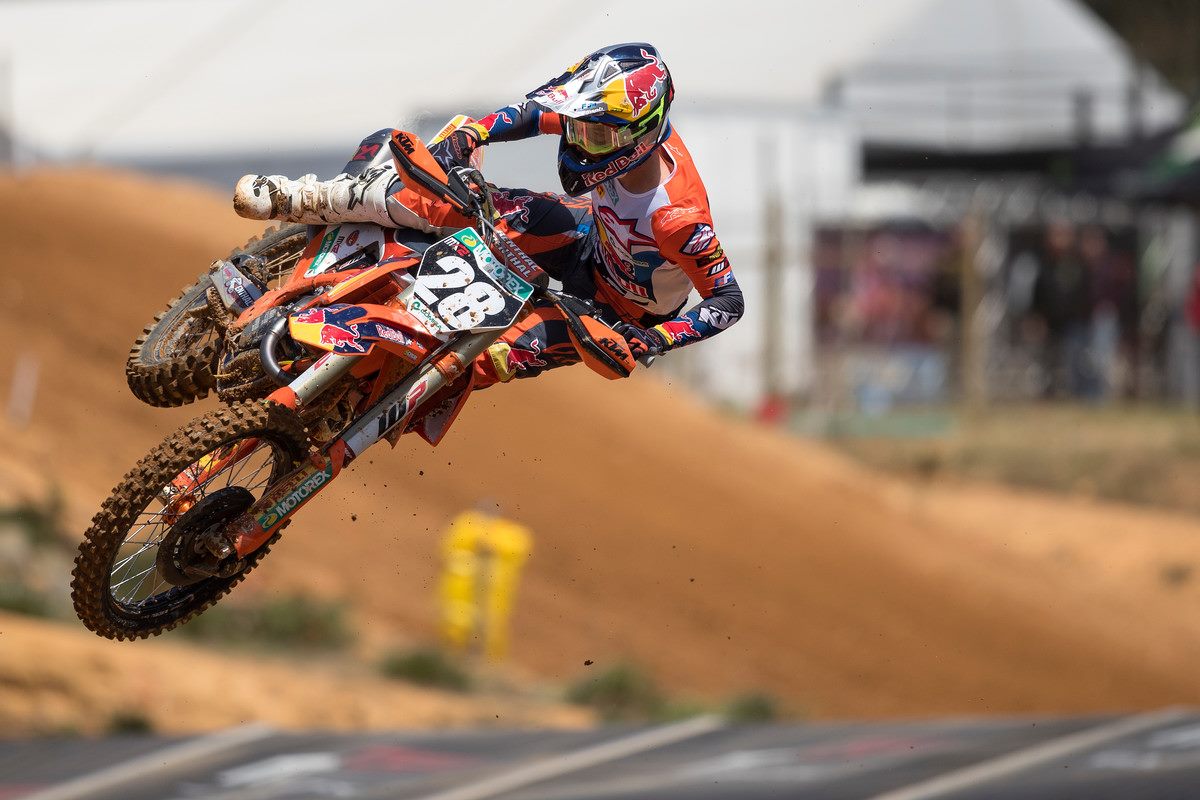 Red Bull KTM MXGP has made another long-term investment in their team’s future with a young rider, as it was announced on Thursday that Tom Vialle had signed a contract extension to stay in the MX2 division of the Monster Energy FIM Motocross Championship through 2021. Vialle, an 18-year-old from France, moved to the MX2 ranks and factory team in 2019 with what was originally a one-year contract and has finished very well through the seven rounds contested so far this season.

Vialle’s progress through the paddock has been rather remarkable. The son of former pro racer Frederic, the teenager raced as a privateer in EMX250 class during the first portion of the 2018 season and made a mark with the EMX 250 Moto One win at the Russian round, a handful of top-three moto finishes, and some mixed results. Midway through the season, Vialle joined the LRT KTM squad and ended the season ranked eighth in the series standings. With all that said, the announcement of his move to the factory team and MX2 ranks came as sort of a surprise, but he has proved to be a front-runner through the first seven rounds of the 2019 season. He finished third overall at the 2019 MXGP of Great Britain, which was his second weekend in the class, has claimed three holeshots, and scored points in 12 of the 14 motos. 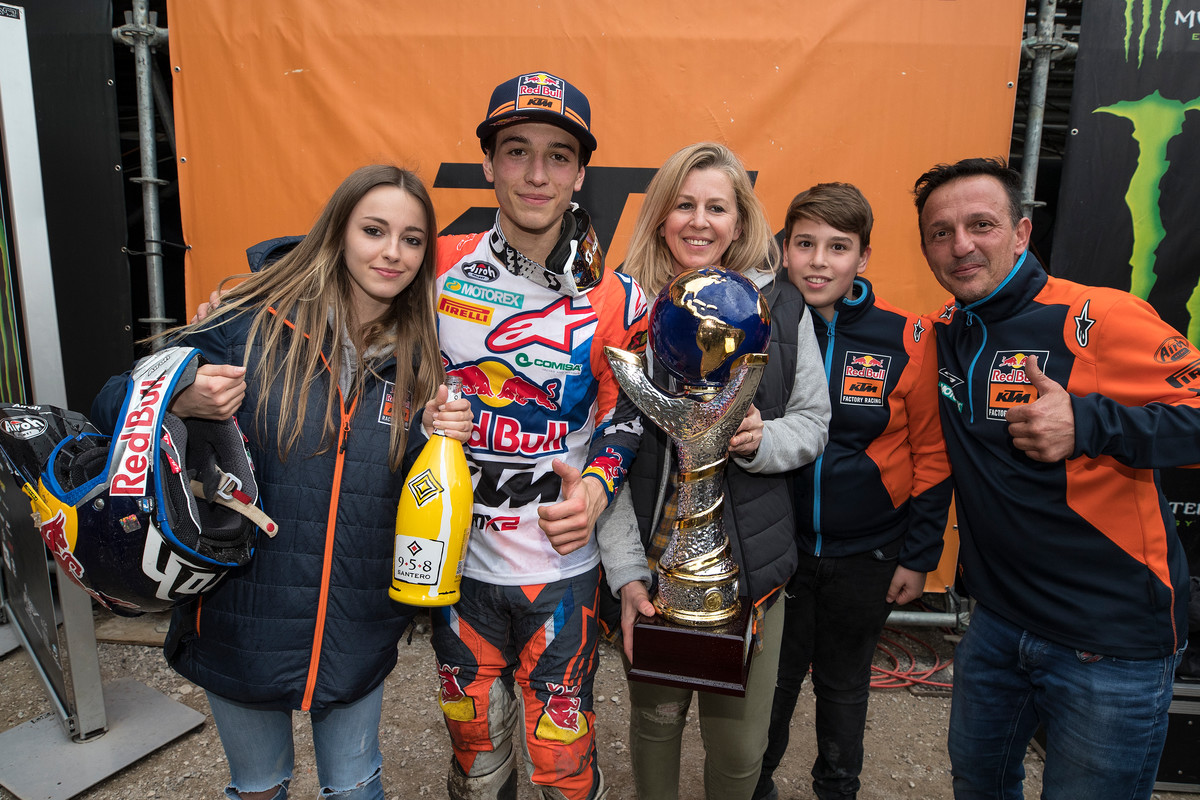 It’s important that Red Bull KTM MXGP line up future talent for the world championship, especially in the MX2 class. Should defending champion and current point leader Jorge Prado win the MX2 title this year, he will be forced to the MXGP class in 2020. The Austrian OEM’s program is unique in Europe, as their factory efforts are split between their own in-house team ( they manage Jeffrey Herlings in the MXGP class and Vialle) and the DeCarli team (Antonio Cairoli in the MXGP class and Prado).

The press release, including quotes from Vialle and KTM’s VP of Off-Road Robert Jonass, is posted in full below… 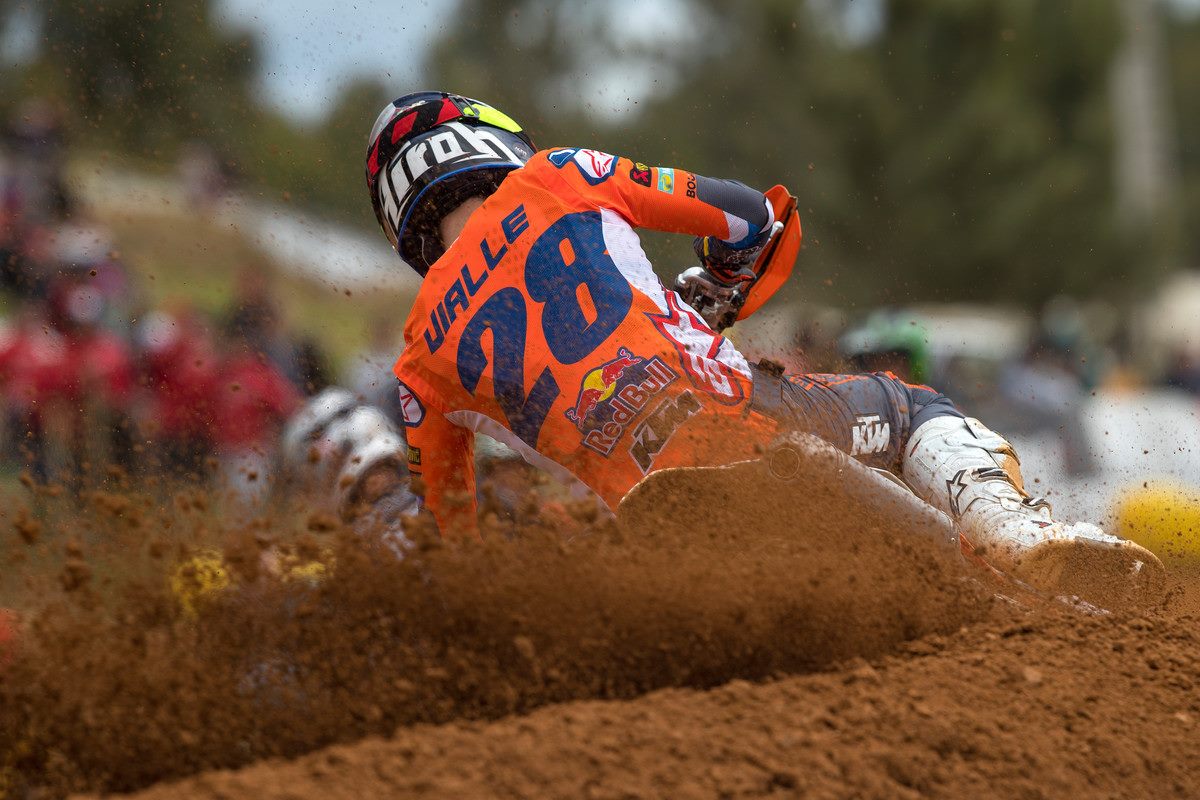 The 18 year old has impressed immensely in his very first MX2 campaign and after the factory team spotted talent and potential in the wake of some bright showings in the 2018 EMX250 European Championship. The Frenchman claimed his very first podium finish at the Grand Prix of Great Britain for the third round of nineteen. He has taken three top-three moto results from the fourteen outings to-date and is fighting for a top five slot in the series standings.

Vialle has used the power and handling of the KTM 250 SX-F to brilliant effect in learning the demands of the MX2 division. He has regularly started at the front of the field (three of the fourteen holeshots) together with teammate and world champion Jorge Prado: the Spaniard winning six of the seven Grands Prix this year so far.

With his calm manner, maturity and ability to handle pressure, Vialle has risen to the challenge of factory rider admirably and will continue his education and career with the Austrian crew for another two seasons.

Tom Vialle: “I’m very happy to extend my contract for another two years. I could not learn in a better way at this level than being surrounded by the best team. I have taken onboard so much already in just a few months. It is a pleasure to go racing every weekend with this team: Joel, Dirk, Valentina, Harri, Quentin and all the people that make the team happen. It really is a super place and I’m excited to continue working with them. A big thank you to all at KTM.”

Robert Jonas, Vice President of Offroad: “It’s exciting to be able to say Tom will be one of our MX2 riders for another two years. We are watching a young rider seize the chance he has been given and he has exceeded our expectations even before the halfway point of his first season. We believe there is a lot of potential ahead and – as well as the results and success – that is something we like to see. I’d like to thank the team, Joel, Dirk and everybody, for the work and the encouragement and all their experience to help Tom along the way. It proves that again we have a very competitive package and programme at the highest level of motocross.”

What Happens In The Woods Of A GNCC | Kickstart
Michael Antonovich November 3, 2021

What Happens In The Woods Of A GNCC | Kickstart