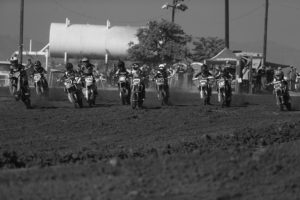 We are officially past the halfway mark of the 2020 Amsoil Terra Firma race series, as round three took place this past weekend at Perris Raceway. Hundreds of racers filtered through the gates of the iconic race track in Perris, CA eager to hit the freshly groomed tracks. Mother Nature treated us with a perfect weather forecast, as temperatures were in the mid-to-high 70’s. With beautiful weather and perfectly prepped tracks, round three of the Terra Firma series was set to be one for the books. 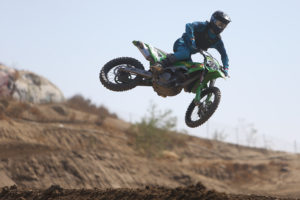 What a day of racing we had! Amongst all the action, William McBride laid down the fastest laps at round three of the Terra Firma series, as he raced his was to a dominating day aboard his KX450. McBride took the overall victories in both the Pro 450F and Pro Open (125-450) classes after an impressive performance in all four of his Motos. With four individual Moto Wins and two overall class victories, we’d day William had a pretty good day at the races. 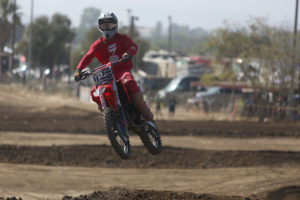 Blue smoke was in the air at round three of the Terra Firma series, as the 125cc Open class field nine crisp-revving two strokes. When the bikes hit the track, Tim Beatty was the apparent racer to beat, as he laid down heaters on his trick YZ125. Tim took his custom red 125cc to two Moto Wins and the overall victory in the 125cc Open class before hopping on his 450cc to do battle in the 30+ Pro class.

Results from Rd 3 of the Terra Firma by @amsoilinc

As pit bikes are making a resurgence in popularity

This weekend we head to Glen Helen for around 4 of

The Mini Major is going East! After a successful

This weekend we race @perrismotocross so come out

Full race recap, results and more up at SwapmotoLi

This week will be a flood of coverage from this pa

All results are now posted! Please find them at S

All the goods! @aidanzingg taking the top spot in