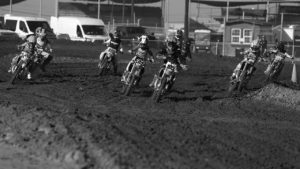 Round four of the AMSOIL Fall Classic race series is officially in the books, as racing went off this past weekend at State Fair MX and it sure was another fun one! The cool temperatures seemed to appeal Southern Californian racers, as hundreds of riders joined us at the well-liked facility, located at the Perris Fairgrounds. The track crew prepped both of the enjoyable courses to perfection, making for some exciting racing throughout the race-day. As the fourth round of the Fall Classic came to an end, well over 400 riders left State Fair MX with smiles on their faces, as they were able to enjoy a day throwing down laps and racing. 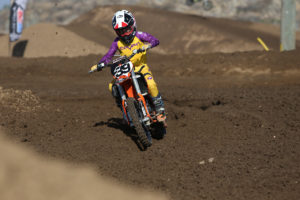 Familiar face at the AMSOIL Swapmoto race series Aidan Zingg made his presence known at round four of the Fall Classic series. The youngster out of Temecula, CA did some work aboard his Seven MX backed KTM 85SX, as he snagged six-individual moto wins at State Fair MX. No matter where he started, Aidan managed to work his way to the front of the pack before the checkered flag waved, leading to his three overall class victories on the day.

All the way from Texas; Ryan Ragland and his son Robby made it out to the fourth round of the AMSOIL Fall Classic series, as they happened to be in Southern California for the holidays. If the last name sounds familiar, it should, as Ryan is the founder of Stacyc stability cycles, an invention that has undoubtedly bettered the youth of our sport. While Ryan collected four moto wins in both the Vet Expert Open and 40+ Expert classes, Robby snagged a few moto wins for himself in the 65cc classes. We’d say it was a solid day at the races for the Ragland family!