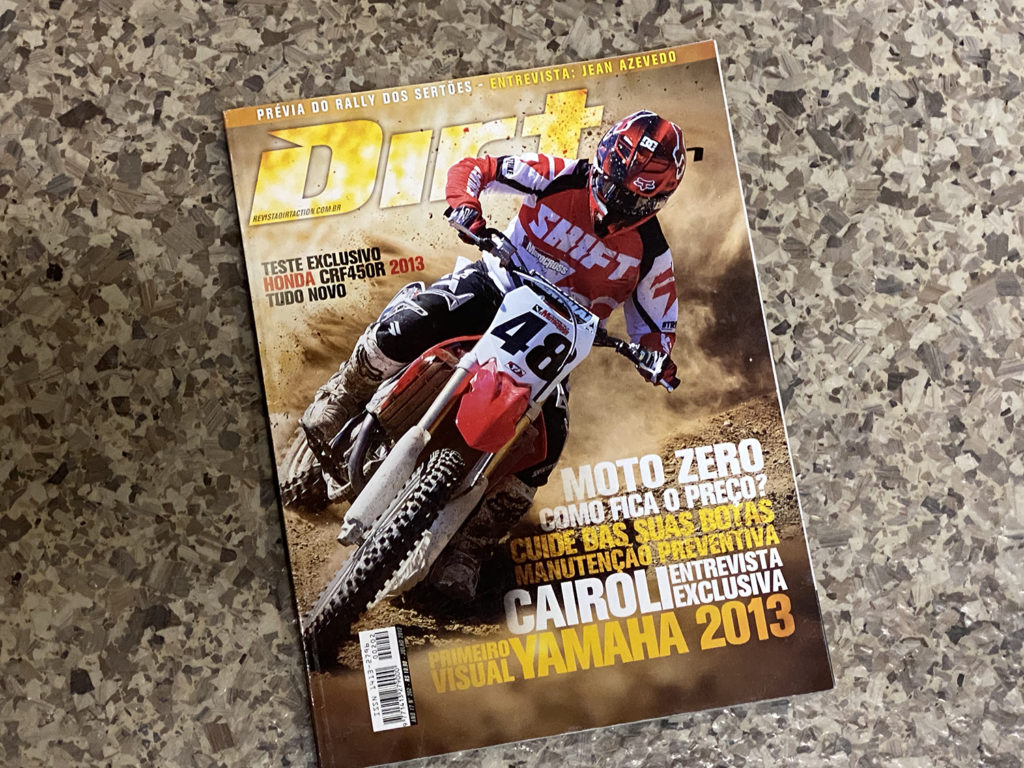 Through the years working as a journalist in American motocross and Supercross, I’ve been presented with some unique opportunities to make friends and contacts around the globe. Through my older brother Ross, I was introduced to a couple of guys from Brasil – Celestino Flair and Gui Lima – who I became good friends with over the years. Celestino is the Editor In Chief of Dirt Action Magazine, and Gui is the magazine’s main test rider.

For a number of years, Celestino hired me as the United States correspondent, and I would contribute photos and written features to Dirt Action Magazine. Even though I had my own publication, it was always a thrill to see my work in print in another language in another magazine from across the globe. The way that Dirt Action would pay me was the best. Once a month, I would get the new issue in the main, inside a brown manila envelope. Inside the magazine, Celestino would tuck several hundred dollar bills in the middle of the magazine. No wire transfers, no tax forms…just some Benjamins hidden inside the pages! Man, if the slow-ass accounts payable department at TransWorld Motocross had operated that way, my life would have been much simpler when trying to hire contributors!

One year, Celestino asked about our annual motocross bike shootouts; how they worked, where they were conducted, and more. To my surprise, he asked if he could send a Dirt Action test rider to join us and I readily agreed. That’s when I met Gui, a former pro racer who was now the publication’s lead tester. Having Gui along at our shootouts over the next several years was a blast. He always came with some strange Brasilian gear…I think it was called ProTorx? Anyway, I used to crack up because the helmet he wore was basically a pirated Troy Lee Designs SE2…the company had gone to the factory where TLD lids are produced, paid to have their name put on it, and sold them as their own. I heard a story about Troy himself flying to Brasil to lay the hammer down, and the two brands working something out where ProTorx would sponsor the TLD race team to make it all good… 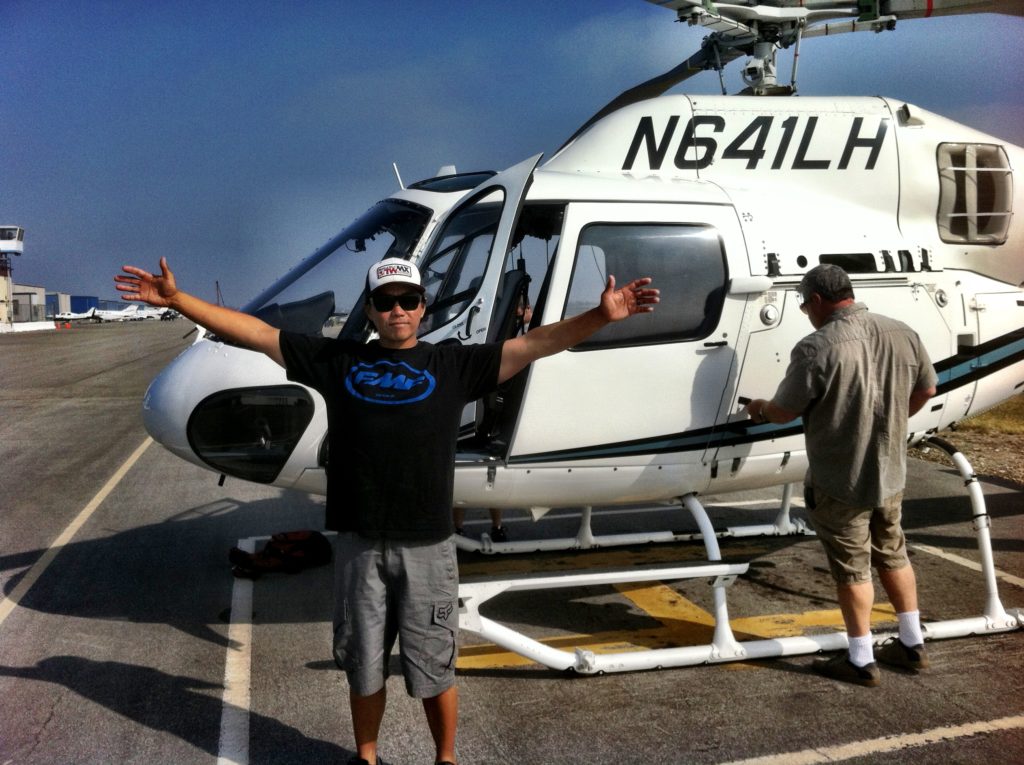 When the 2013 Honda CRF450R was introduced, Honda was very mysterious about the new bike launch. We were instructed to drop our gear bags at American Honda earlier in the week, and only editors were invited: no test riders. On the day of the intro, we met at American Honda, were shuttled to a nearby airport, and flown in a helicopter to Zaca Station in Central California! Dirt Bike Magazine’s Mark Tilley and I were pumped! Now but a fading memory, Zaca Station was an amazing facility that both of us absolutely loved to ride at, and skipping the four-hour drive and trading it for a quick helicopter flight was amazing! At the track, Honda had hired ace photo and video guy Simon Cudby to shoot stills and video of all of us, solving the “editors only” invite issue.

Because the 2013 CRF450R was so new and exciting, Celestino asked me to share our first impression bike test with Dirt Action, and I willingly sent my words and the photos provided by Honda to him. To my surprise, the next copy of the magazine that arrived in my mailbox had ME on the front cover! Back in the day, I used to make fun of Ken Faught and Jimmy Lewis for putting themselves on the cover of Dirt Rider Magazine when they had their time in the Editor’s chair…who puts themselves on the cover of their own magazine? this was something different, though…and although I thought it was ridiculous, it was actually really cool! I have a couple issues of that magazine tucked away in my garage drawers – I’ve been meaning for years to have one framed up – and I came across them last night as I searched for some zip-ties. Great memories! 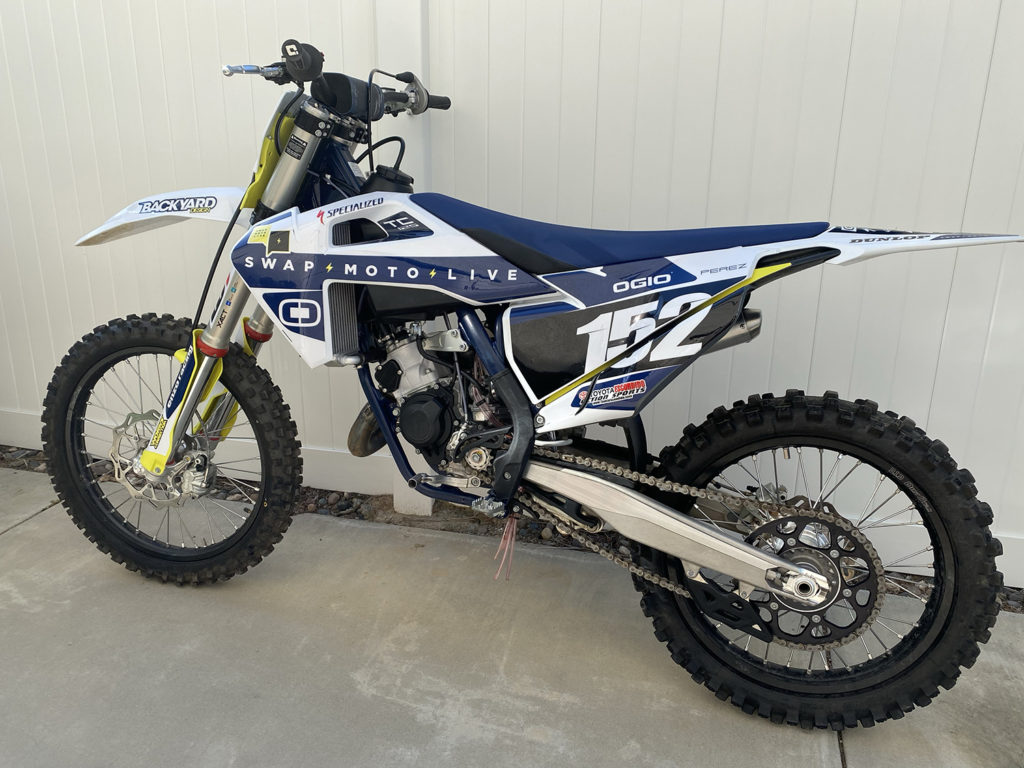 Homar Perez is a youngster who regularly competes in the AMSOIL Swapmoto Live Race Series, and he recently made the jump up to a Husqvarna TC 125 from an 85cc mini. Of course, his first choice when it came to decking out his brand-new ride was Backyard Design USA…as its online graphics builder is second to none in the graphics world and whipping up your own personalized design in a cinch! However, Homar liked the Swapmoto Live kits so much that he ordered one as-is for his new Husky! Do you have a Backyard Design kit on your bike? Want to see it featured in this Garage Finds weekly feature? Send us a photo and a rundown of your machine and what makes it special! Send photos to swap@swapmotolive.com