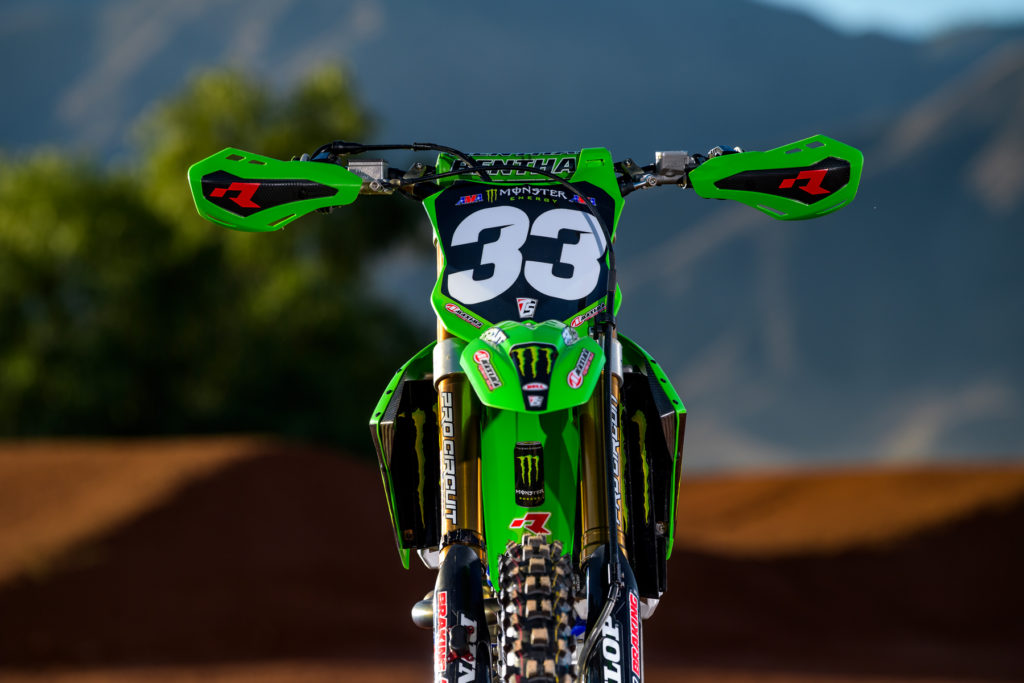 Mitch Payton’s Monster Energy/Pro Circuit/Kawasaki will serve as the green team’s 250 Class effort for the twenty-ninth consecutive year, a tenure that is unmatched in the pit area. A fleet of five KX250SR motorcycles will be piloted by Austin Forkner, Cameron McAdoo, Jett Reynolds, Jo Shimoda, and Seth Hammaker through 2022; the SR stands for “Special Racer” and denotes Kawasaki’s factory support. 2022 will be PC’s second year of racing the current KX platform.

– It’s common for the Pro Circuit bikes to appear almost identical, which looks to be the case in 2022. Sure, there are some subtle differences between the five machines, including personalized Showa suspension settings/control placement/bend of the Renthal Twinwall handlebars, but it’s hard to see the changes at first glance.

– Pro Circuit also picked up a pair of new mechanics during the offseason; Tony Archer was hired after the closure of his past team and will work with Austin Forkner, while Ryan Hughes has been paired to rookie Jett Reynolds.