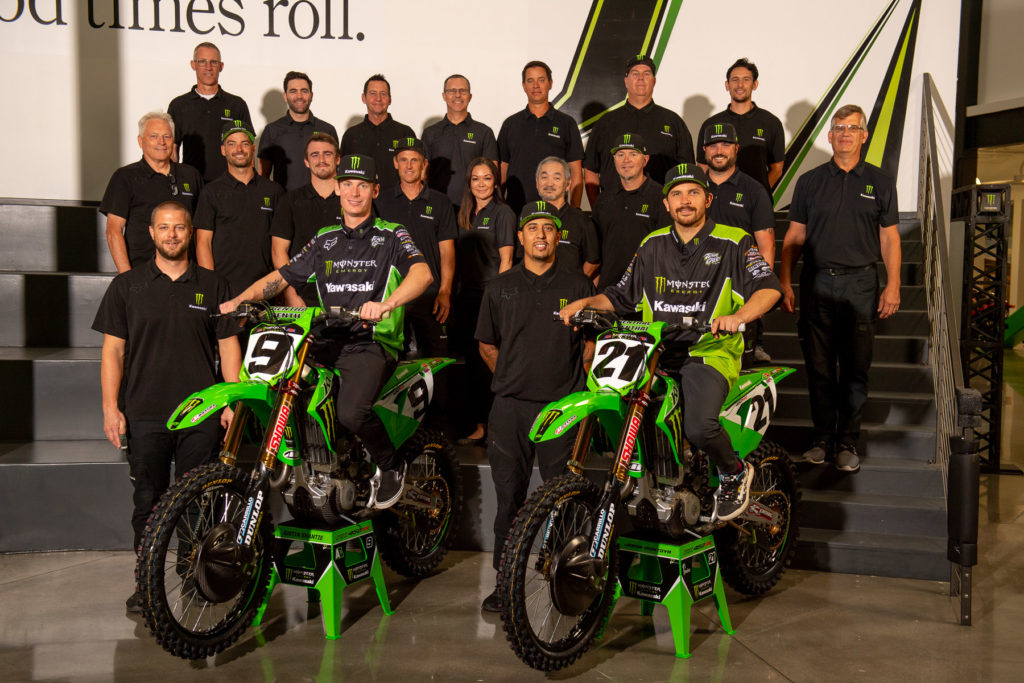 Monster Energy Kawasaki will again field a two-rider effort, this time with Adam Cianciarulo and Jason Anderson at the helm of the KX450SR bikes (the SR stands for “Special Racer,” Kawasaki’s designation for factory equipment). What else is up with the green team?

– Jason Anderson entered a two-year agreement with Monster Energy Kawasaki. El Hombre has been in Southern California for the last few months, a move that helped the former 450 SX champion develop a relationship with the team and adapt to the KX450SR’s aluminum frame/Showa suspension. Kawasaki has paired him with mechanic Jason Montoya and crew chief Theo Lockwood. Although Anderson has changed bike brands and energy drink sponsors, his general look will be the same: Airoh helmet, SCOTT goggles, and Alpinestars gear and boots.

– Adam Cianciarulo is set to start his third year with the factory team in the 450 Class. Cianciarulo spent most of the offseason riding at Kawasaki’s test tracks in Southern California and working with coach/trainer Nick Wey. Not much has changed for AC: he’s still with mechanic Justin Shantie, crew chief Oscar Wirdeman, and clad from head to toe in Fox Racing gear.

– Kawasaki hired Broc Tickle to serve as a bike developer/riding partner/training coach/potential fill-in racer. Helping with setup of the KX450SR and leading workouts with riders on the Pro Circuit squad has kept the former 250 SX champion sharp, and he’ll be ready if the Monster Energy Kawasaki crew needs a bike on the track.